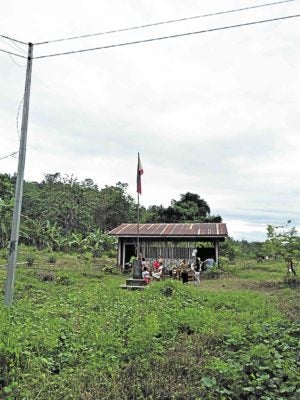 “Lumad” pupils in the community of Balobo in Esperanza town, Agusan del Sur, will attend classes in new classrooms built by the government and their parents.

Esperanza, Agusan del Sur—For 40 years, Higaonon children in a remote tribal community of Balobo in Barangay Bunaguit here had to trek the mountains and ride bamboo rafts downstream for more than an hour to reach elementary schools in other villages where they enrolled in Grades 5 and 6.

The primary school in their village only accommodates children up to Grade 4 and takes care of the education of 114 pupils.

But last month, the people of Sitio Balobo (also called Sitio Salimahan) got what they had been wishing for: another school building that would host Grades 5 and 6 classes so their children would not endure the difficulty of traveling to other villages to finish their elementary education.

The new P1.5-million, two-classroom building which was built through government assistance and the help of volunteers, was inaugurated on Oct. 17.

Mayor Leonida Manpatilan, who was born in the Higaonon hinterland community, led the inauguration of the new school building in Balobo, a community composed of 42 households. 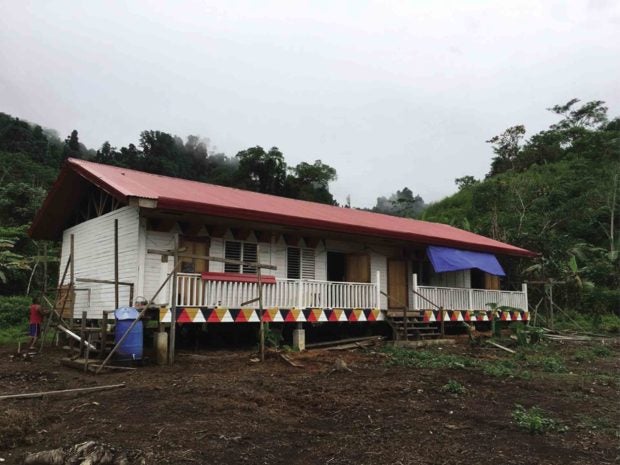 The old village school that serves more than 100 pupils in shifts. —PHOTOS BY ESPERANZA LGU AND CHRIS V. PANGANIBAN

The construction of the school building was realized under the Kapit-Bisig Laban sa Kahirapan-Comprehensive and Integrated Delivery of Social Services program of the Department of Social Welfare and Development. Parents in the farm ing community had to spend at least a day of volunteer work to construct the school building, made mostly of sturdy yakal. It was finished in just two months.

The new school building is significant for locals, according to Romnick Precioso, one of the three teachers in the village, because it will help decongest the dilapidated building where day care sessions and classes for Grades 1 to 4 pupils are held in shifts.

Manpatilan shared the difficulty of Balobo children, recounting that as a grade-schooler, she had to hike through the mountains, going deep into the jungle, to reach the village of Bakingking. The difficulty of everyday travel, she said, eventually forced her to stay at her grandfather’s house in Bakingking during school days. She went home on weekends.

Precioso said most village children were persistent in finishing school amid the difficulties, citing the community’s low dropout rate. 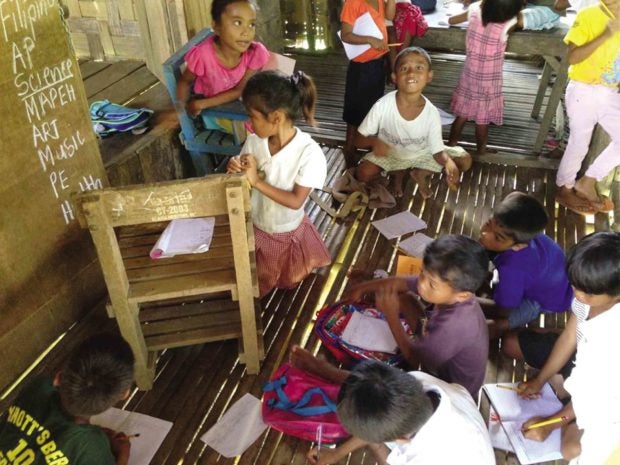 Schoolchildren in Sitio Balobo sit on a floor made of bamboo slats because their makeshift classroom lacks armchairs and desks.—PHOTO BY ESPERANZA LGU

Aside from the traditional Higaonon blessing ritual called “talaphagon,” during which a pig and a chicken were offered to the gods, the opening of the school building was made special after the local government held a medical outreach and provided free birth registration for children, free haircut, and distribution of tree and vegetable seedlings.