A cybersex trafficker who exploited her own daughter and sister and is feared to have also abused four other children, including a 2-year-old, was nabbed by the Philippine National Police Women and Children Protection Center (PNP WCPC) in Cebu City Wednesday.

Superintendent Maria Shiela Portento of the PNP WCPC said their unit in Visayas nabbed the trafficker in an entrapment operation in Brgy. Ibabao, Municipality in Cordova, Cebu. 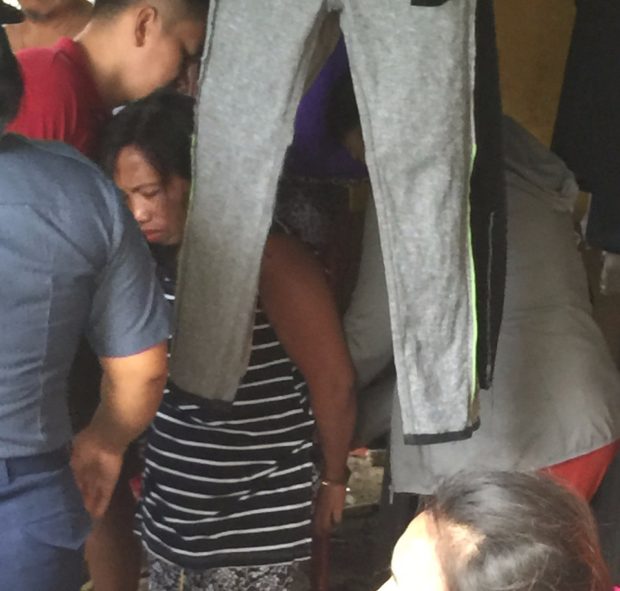 A cybersex trafficker who was arrested in Cebu City. Photo by International Justice Mission

The suspect, she said, reportedly exploited her daughter when she was only 13 years old.

Three other victims, including the suspect’s 17-year-old sister with a mental disability, were also rescued, Portento said.

Portento said four other children were also removed at the crime scene for fears that they had been abused by the suspect. Three young boys — aged 8, 7 and 2 — were rescued, while the fourth child, who is only two years old, is the daughter of one of the female victims.

“The WCPC has zero tolerance for these pedophiles who exploit our children,” she said.

“It is so unfortunate that our children, the most vulnerable members of our society, will have to suffer in the hands of this ruthless evil,” she added.  /je