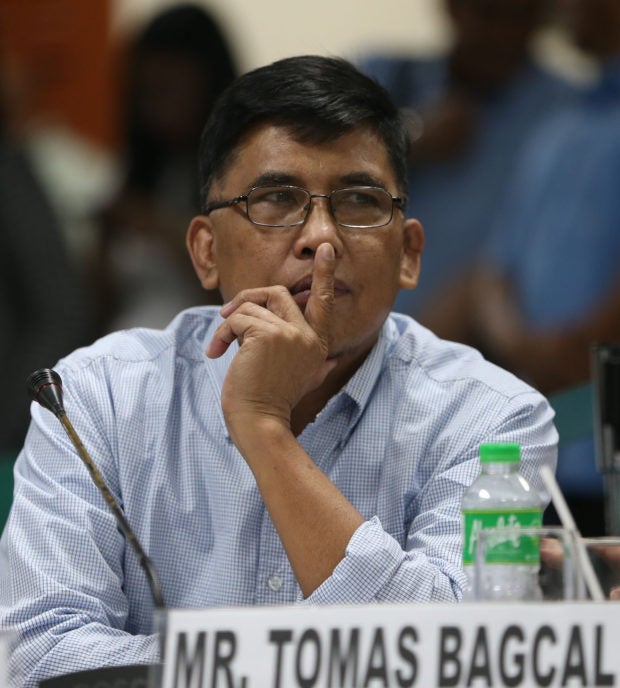 Taxi driver Tomas Bagcal stood firm on his sworn statement disowning his two previous testimonies detailing the events that led to the death of teen Carl Angelo Arnaiz and disappearance of Reynaldo “Kulot” de Guzman, including how the teenagers robbed him at knifepoint.

In his rejoinder affidavit submitted on Thursday before the Department of Justice (DOJ) investigating panel, Bagcal said: “I am staking life, the comfort of my family, my job, my freedom and my future.”

Bagcal’s counsel, lawyer Romeo Manalo, said Bagcal’s statement practically helped the prosecution in pinning down Police Officer 1 (PO1) Jeffrey Perez and PO1 Ricky Arquilita as the children’s killers, but the victims’ parents would not accept the driver’s statement because of the part that the teens robbed him on the night Arnaiz was killed.

“Without the assertion of hold-up incident, they would probably agree with our allegations,” he added.

Last week, Bagcal filed his 12-page counter-affidavit “vehemently denying” the content of the first two sworn statements he issued before the Caloocan City Police, saying this was made under duress to fit the police’s “script.”

He said the police had warned him that if would not comply with the supposed script, he and his family’s life would be put into danger.

In his rejoinder, Bagcal urged the DOJ to look closely at the differences of his previous and latest sworn statements.

“Please take notice that the said police-made two salaysay (statements) were very brief compared these with my 12-page handwritten sworn statement stating in details how Karl was executed and the disappearance and the eventual death of Kulot. Which is now more credible—the mechanically police-made two salaysay or my 12-page handwritten sworn statement?” he said.

The driver, however, noted that he does not “beg to be removed as party respondent in this case but solely requesting that it be read, understood and properly weighed.”

“I do not have any selfish or ill motive in the submission of the same and with this note—I am leaving my fate to the Honorable Panel of Prosecutors,” he added.

Bagcal is one of the primary suspects in the death of Arnaiz, 19, and de Guzman, 14.

The DOJ investigating panel led by Senior State Prosecutor Ma. Emilia Victorio set the next hearing on November 7 to wrap up the case. /jpv