Francisco Duque back as Health secretary 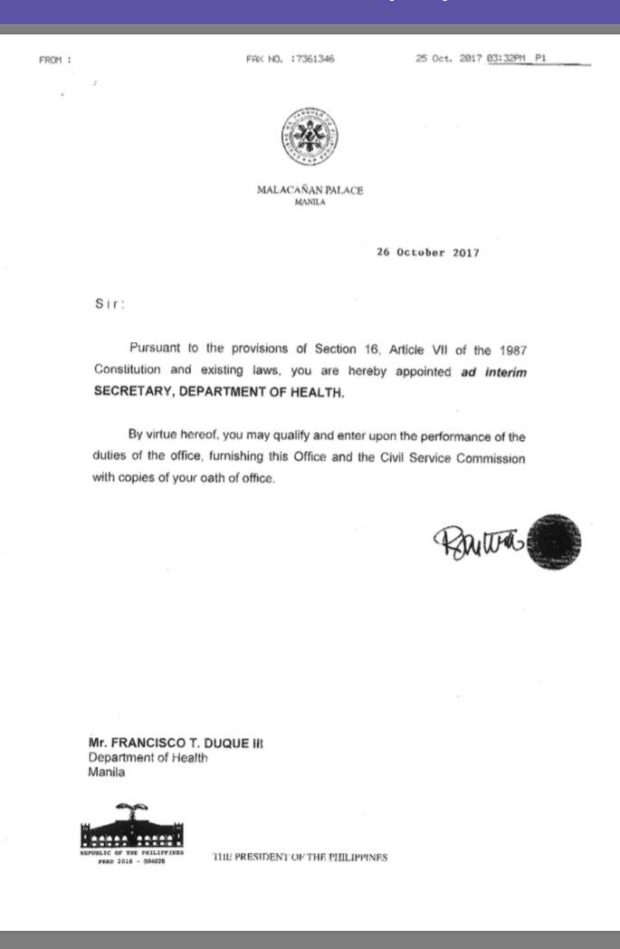 Duque served as a health secretary during the term of former president Gloria Macapagal-Arroyo. He also served as chairman of the Civil Service Commission (CSC) from 2010 to 2015.

He assumed chairmanship of the board of trustees of the Government Service Insurance System (GSIS) after Duterte appointed him as board member of the government-owned corporation.

In June 2001, Arroyo appointed him as President and CEO of the Philippine Health Insurance Corporation (PhilHealth). /jpv