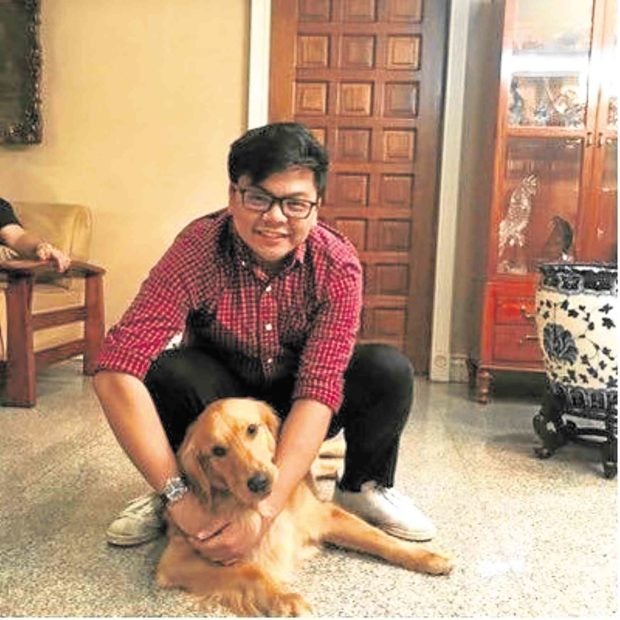 One week of servitude that included humiliation and physical tests, an hour of punching or until the muscles turned black and blue, and spanking by paddle.

Those were what slain University of Santo Tomas (UST) law student Horacio “Atio” Castillo III had to go through before being admitted to the Aegis Juris Fraternity, a former officer turned government witness said.

Accompanied by his mother and lawyer, Mark Ventura met with Department of Justice (DOJ) Secretary Vitaliano Aguirre II and members of the National Bureau of Investigation (NBI), and executed a sworn statement detailing what happened to Atio.

Prior to the actual initiation, Atio underwent one week of service. Service means he was subjected to psychological and physical tests. These tests include waiting on fraternity members, doing various forms of housework, tests of obedience, slapping. These tests also include showing the neophyte a glass full of saliva of the members then his eyes will be covered and he will be asked to drink it. The members will switch the glass before letting the neophyte drink from it.

After that week, Aguirre said Atio was subjected to the final initiation rites.

Picking from Ventura’s sworn statement, Aguirre said that Aegis Juris’ initiation rites would start early morning and end at dawn so that by the time the sun rises, the fraternity would welcome their new member.

In Atio’s case, Aguirre said, the initiation started at 1 a.m. of September 17. The rites, he added, involved more than 10 members, including Ventura while around seven other members plus an unidentified woman were stationed outside, drinking and using a videoke machine to cover the noise.

For starters, Aguirre said that Atio was punched on his arm by more than 10 members of the fraternity “hanggang pumutok” or until both arms turned swollen, black and blue.

Based on Ventura’s sworn statement, Aguirre said it would be the call of the master initiator – in this incident it was allegedly Axel Hipe – if the punching should stop.

In Atio’s case, Ventura indicated in his sworn statement that the punching lasted for an hour, Aguirre said.

Once the punching stopped, Aguirre continued, the members used spatulas in tapping Atio’s arms to reduce the swelling and calm the muscles.

Then, the spanking by paddle began.

Aguirre said that Ventura recalled in his sworn statement that Atio was hit by a paddle 11 times.

Aguirre said Ventura indicated in his sworn statement that after the third hit, the members asked Atio if he can still endure the process to which Atio answered. “Yes.”

However, Aguirre noted that after the fourth hit, Atio collapsed. This was around 5 a.m., according to Ventura’s sworn statement.

Aguirre said that Ventura noted that one member suggested that they drip candle wax on Atio’s body to see if he would respond to the pain, but the effort to revive Atio failed.

It was at this point that a fraternity member with medical background – John Paul Solano – was summoned to check on Atio. Solano subsequently suggested that they take Atio to the nearest hospital.

On the afternoon of September 17, Aguirre said Ventura revealed that they were summoned by the alumni to a meeting in Cubao, Quezon City.