Bautista not off the hook yet in Senate probe, Escudero says | Inquirer News
Close
menu
search

Bautista not off the hook yet in Senate probe, Escudero says 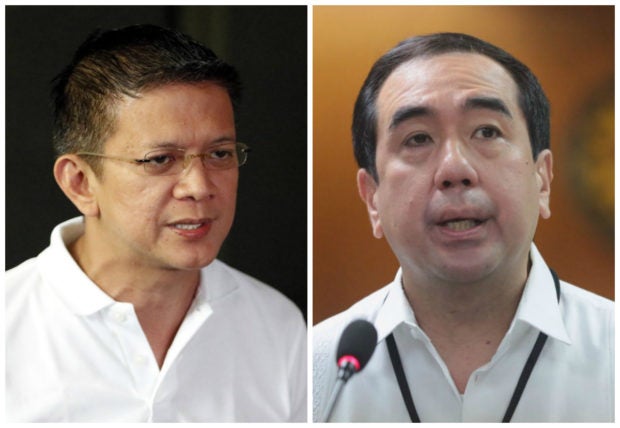 Former Commission on Elections (Comelec) Chair Andres Bautista is not yet off the hook from the Senate investigations despite his impeachment case being rendered moot and academic by the House of Representatives on Tuesday.

This was the opinion of Senator Francis Escudero, chair of the Senate committee on banks, financial institutions and currencies, which is slated to continue its probe into Bautista’s alleged unexplained wealth upon the resumption of the Senate session in November.

(The Supreme Court already has a decision related to that in the case of former president Estrada where the SC said whether or not the impeachment goes through, whatever the official is civilly or criminally liable — for what he did or didn’t do when he was still in office — will remain and he should still be held accountable.)

The senator also said that among the issues the Comelec chief should explain was how the deposits into the accounts controlled by him as former head of the Presidential Commission on Good Governance (PCGG), make up majority of Luzon Development Bank’s (LDB) money.

Bautista’s wife, Patricia, earlier claimed that he had more than 30 bank accounts with LDB amounting to P329 million.

(He should explain this because it’s contrary to the regulation that the money should be put into a government depository bank.)

The senator also said Bautista and his wife would be invited only if one of the committee members would request their presence at the hearing.

(The committee is a passive body; whatever the members wish if no one objects will be done by the committee. Now, the only request for Bautista’s attendance is if he won’t give a waiver from Senator Poe.)

Escudero added that, as of now, no member of the committee requested to invite Patricia.

(None of the committee member has asked for Bautista’s wife to attend. I’m cautious about it because I don’t want that to be just a venue where you can watch a husband and wife fight.) /je

Read Next
Ex-Surigao mayor charged over anomalous tractor deal
EDITORS' PICK
Smart celebrates all kinds of ‘#SimplyLove’ for Pride Month
Duterte to issue memo on face shields this week
Smart brings KCON:TACT especially 4U to subscribers from June 19 to 27
Gilas out to prove Korea win not a fluke; Tab fires back at ‘lucky shot’ remark
DOH reports 40 more COVID-19 variant cases
Young, Huerter help Hawks upset top seed Sixers in Game 7
MOST READ
Duterte to issue memo on face shields this week
No plot to oust Pacquiao as PDP-Laban president in July meeting — Nograles
Probe troll farms, lawmakers urge
Año: Drug war to be effective no matter who next leaders are
Don't miss out on the latest news and information.