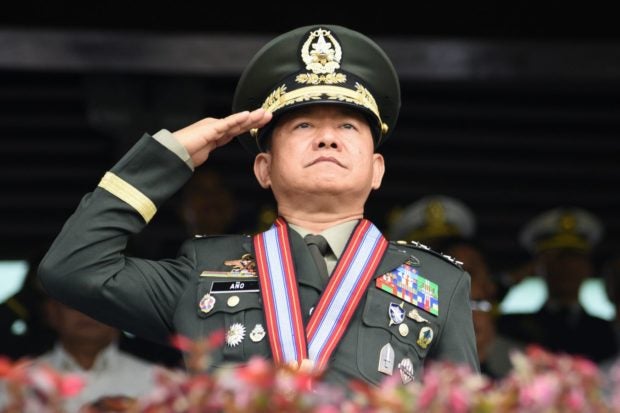 Armed Forces of the Philippines chief of staff Gen. Eduardo Año declined to comment when asked if President Rodrigo’s claim that Chinese rifles were used to kill Isnilon Hapilon and Omar Maute, the top leaders of the Marawi siege.

(I won’t answer that question, but Chinese sniper rifles were used by soldiers who fought in Marawi. If I’m not mistaken those were LR4As, very effective.)

Año had said that Hapilon was shot in the chest while Maute was killed by sniper shot in the head.

A detailed account on the Facebook page of “Scout Ranger Books” said that Hapilon was taken down by a heavy weapon mounted on an armored vehicle. There was no mention of snipers or Chinese rifles.

Duterte, in one of his speeches last week, credited the sniper rifles donated by China as the weapons used to kill the top leaders of Marawi siege.

Hapilon and Maute were killed by government forces on Monday last week, which prompted Duterte to declare the liberation of Marawi a day after.

But combat operations were only officially terminated last Monday.