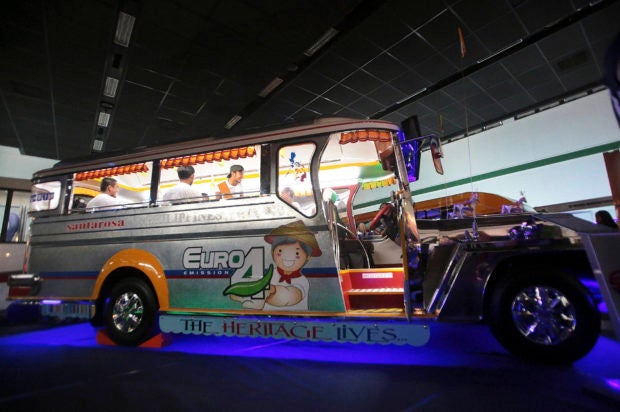 Jeepney operators should form cooperatives and consortiums so they can acquire at least 10 new jeepneys offered at P1.4 million each under the government’s public utility vehicle (PUV) modernization program, transportation officials said at the House of Representatives on Thursday.

Their suggestion was in response to public transport groups’ worries about the high amortization rates for the purchase of new PUV models that would cut into the meager income of drivers and operators.

Martin Delgra III, chair of the Land Transportation Franchising and Regulatory Board (LTFRB), told the House committee on transportation that in any other business, the cost could be effectively managed “if you’re going to consolidate.”

The government will provide subsidies of up to only P80,000, despite each “modernized” jeepney costing about P1.4 million.

An LTFRB board member, Aileen Lizada, said that as borrowers, operators must be a legal entity “so the bank will have confidence in them.”

The loan facility of state-run Development Bank of the Philippines (DBP) assumes the PUV operator as a “profitable cooperative” and the drivers are salaried employees to cushion them against the amortization cost, said DBP first vice president Paul Lazaro.

The Federation of Jeepney Operators and Drivers Association of the Philippines (Fejodap) objected to forcing operators to merge their businesses.

Fejodap national president Zenaida Maranan said many operators were drivers who owned a single vehicle, or were overseas workers who had no knowledge of managing a “fleet,” as required under the modernization program.

Melencio Vargas, president of the Alliance of Transport Operators and Drivers Association of the Philippines, said state banks should at least lower the interest rate from 6 percent to 3 percent “if the government really wants to help us.”

George San Mateo, president of the Pinagkaisang Samahan ng mga Tsuper at Opereytor Nationwide (Piston), said the modernization program would “massacre” the livelihood of drivers and operators, and burden commuters with fare increases.

Piston staged a nationwide strike on Oct. 16 and 17 to protest the modernization program, which will phase out jeepneys that are at least 15 years old.

The program is expected to affect 270,000 jeepneys and around 650,000 drivers nationwide, according to the Crispin B. Beltran Research Center.

Delgra said fare increases would encourage drivers and operators to take part in the modernization program, as these would cover losses, inflation or fuel price increases and serve as an “incentive to move forward to modernization.”

The committee chair, Catanduanes Rep. Cesar Sarmiento, said that “rather than focusing on moving people and goods,” the country’s transport system was being operated to sustain the livelihood of drivers and operators.

Delgra said, technically, there was no “phaseout” because “the jeepney will remain” as a mode of transportation. But he said operators would need to replace existing vehicles with ones that “meet the national standard.”

Lawmakers assailed the lack of a clear time frame for the replacement of old jeepneys, with many of them pointing out that President Duterte said in a rant against Piston that he wanted them out of the streets by Jan. 1.

“January, if you’re not modernized, get out! You’re poor? Son of a bitch, then suffer in poverty and hunger, I don’t care!” said Mr. Duterte, who had styled himself as a propoor candidate during last year’s election.

the public, according to the opposition coalition Movement Against Tyranny.

Delgra told lawmakers that Mr. Duterte’s pronouncement of a January deadline was only “an expression of an urgency to push this as firmly as we can.”

Delgra said three routes would be pilot-tested before the end of the year: a route from Rizal province to Manila, one in Makati City and another in Pateros.

Before the modernization of jeepneys is implemented, routes will have to be “rationalized” first to identify which have exceeded their capacity and which have underserved demand. Delgra said this would take place “[in] the first quarter of next year.”

Once 26 motor vehicle inspection systems (MVIS) have been set up nationwide, the Department of Transportation can follow through Mr. Duterte’s order to do away with old jeepneys, according to Transport Undersecretary for Roads Tim Orbos.

The MVIS checks whether a vehicle is roadworthy. Currently, there are eight centers nationwide that can check a vehicle’s roadworthiness.

Should a jeepney fail the test, Orbos said this would no longer be allowed on the road. —WITH A REPORT FROM NIKKO DIZON