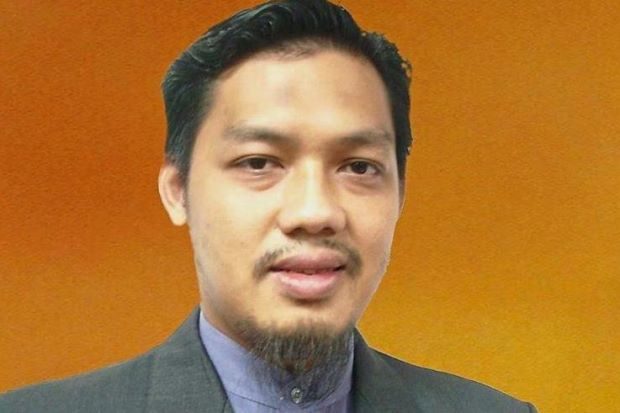 Mahmud Ahmad used to be a university lecturer before becoming an extremist. FILE PHOTO VIA THE STAR MALAYSIA/ASIA NEWS NETWORK

MARAWI CITY—The military said on Thursday that there was a “big possibility” that a top Malaysian militant tipped to become the point man of the Islamic State (IS) group in Southeast Asia had been killed in a clash with troops overnight.

Twenty terrorists among the remaining IS loyalists holed up in the devastated heart of Marawi were killed in the latest fighting, likely including Malaysian Mahmud Ahmad, said Col. Romeo Brawner, deputy commander of the military’s Task Force Ranao.

“There is a big possibility that Mahmud is among them,” Brawner told reporters on Thursday.

“But we will be definite only once we have a match of probably DNA samples, maybe of the dental records,” he added.

President Duterte, speaking at a Philippine Chamber of Commerce and Industry gathering on Thursday night, said Mahmud had been “taken.”

Maj. Gen. Restituto Padilla, spokesperson for the military, said what Mr. Duterte meant was that Mahmud had been killed.

Padilla confirmed that the Malaysian militant had indeed been killed.

Mahmud’s death is a blow to any effort by IS, which is on the back foot in Syria and Iraq, to establish an enclave in Southeast Asia.

The military said in a statement earlier on Thursday that 13 terrorists were killed overnight and seven on Thursday morning.

Two hostages—a mother and her daughter—were rescued and information they provided meant the authorities were “increasingly becoming confident” that Mahmud was dead, Gen. Eduardo Año, chief of staff of the Armed Forces of the Philippines, said in the statement.

“The process to confirm this (Mahmud’s death) with finality, however, is still [going on],”

“I hope this is not the case but we suspected they have killed the hostages or some of them,” he said.

He said 18 hostages, including women and children, remained at the battle zone after the rescue of 38 this month.

There were also other noncombatants in the area and they were families of the terrorists, he said.

Mahmud, a 39-year-old former university lecturer who used the nom de guerre Abu Handzalah, is believed to have been pivotal in raising and channeling funds to the alliance of Maute group terrorists and Abu Sayyaf bandits and their foreign allies during the occupation of Marawi that has lasted 150 days, killing more than 1,000 people, mostly terrorists.

Some experts say Mahmud could become Islamic State’s Southeast Asian “emir,” or leader, after the battlefield death on Monday of Abu Sayyaf commander Isnilon Hapilon, the head of the terrorist alliance that seized Marawi on May 23 to carve out an IS enclave in Southeast Asia.

Government troops on Monday killed Hapilon, who had a $5-million price on his head offered by the United States.

The troops also killed Omarkhayam Maute, one of two brothers at the helm of the Maute terrorist clan of Lanao del Sur province.

Confident that it has won the battle for Marawi, the military is withdrawing some troops starting on Friday.

Brawner said the 1st Infantry Battalion, which had been here since June 1, would return to its base in Infanta, Quezon province.

The Commission on Human Rights (CHR) is reportedly verifying alleged abuses committed by soldiers and policemen during the battle for Marawi.

Malacañang welcomed the CHR review and investigation of the action of state security forces in Marawi, presidential spokesperson Ernesto Abella said in a press briefing on Thursday.

“Technically, the leadership has been neutralized and that whatever forces that are left are nonsignificant and as it has been referred to, should be a matter of police enforcement,” he said.

From the government’s perspective, he said, everything is aligned and Marawi is on the road to recovery. —REPORTS FROM REUTERS, AP, JEANNETTE I. ANDRADE, LEILA B. SALAVERRIA, ALLAN NAWAL, JEOFFREY MAITEM, RICHEL UMEL AND DIVINA SUSON

Read Next
‘Bakwit’ raring to go home
EDITORS' PICK
SWS: Over 12M Filipinos still jobless as of May 2021
Dizon: 40 of 119 ‘Build’ projects done by 2022
Smart celebrates all kinds of ‘#SimplyLove’ for Pride Month
Spread of Delta variant ‘prevented’ –expert
Smart brings KCON:TACT especially 4U to subscribers from June 19 to 27
SANTIS Delicatessen: The road to survival is sweet and savory
MOST READ
William Martinez sometimes feels his kids ‘don’t remember’ him anymore
Landmark tale of corruption
ICC case vs Duterte may take 3 months in pretrial body
Dizon: 40 of 119 ‘Build’ projects done by 2022
Don't miss out on the latest news and information.