QC gov’t: No plan yet to build casino | Inquirer News

QC gov’t: No plan yet to build casino 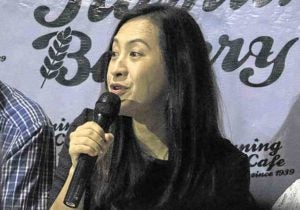 There are no formal applications yet for the establishment of a casino in Quezon City, according to the city council.

The 38-member council issued a statement on Tuesday in response to an open letter from “concerned citizens of Quezon City” that was published in newspapers on Monday.

Addressed to President Rodrigo Duterte and the councilors, the letter warned that having a casino opened in the city would have a negative influence on the youth.

The paid ad also noted that the city council had passed the Gambling Regulatory Ordinance of 2017, which the residents said would “allow the development of Bloombery’s new casino hotel” at the Vertis North development on Agham Road.

But the council maintained there were no plans yet for the development of any casino. “For the information of the general public, the City Council has not received any application from Bloombery or any gaming industry operator signifying their intention to establish a casino in Quezon City,” the body stressed.

But it noted that there are 66 e-games and e-bingo establishments currently operating in the city, with licenses issued by the Philippine Amusement and Gaming Corp. (Pagcor).

There are other gambling operations, such as off-track betting, which are “not sanctioned by regulation of the city government,” the councilors said.

The open letter claimed that a casino would be rising on Agham Road and have a negative impact on students at the nearby Philippine Science High School, as well as those from the University of the Philippines Diliman and Ateneo de Manila University.

“The planned casino destroys the city’s sanctity as a major education hub,” it read. “It also disrespects the students and their families who have worked very hard to live close to high-quality and holistic education.”

Meanwhile, Vice Mayor Joy Belmonte explained that the ordinance cited in the letter—No. 20CC-247—was passed on second reading on Oct. 2 but would still be subject to another hearing, where new issues can be raised before final approval. This hearing is yet to be scheduled.

The council also said “this proposed ordinance specifically laid down tedious requirements and conditions before these games of chance covering e-bingo, off-track betting, online sports betting, casinos, e-games, etc., will be allowed to operate in the city.”

To deter addictive or “problem gambling” among locals, the ordinance will charge a “fee” on residents who wish to play in gambling establishments for 24 hours straight, the council added.

A series of public hearings on the draft ordinance was held in August and attended by homeowners associations, students leaders, religious groups and other stakeholders.

“To date, only the groups from e-bingo, e-games and Pagcor officially have registered their opposition to such strict regulations being proposed by the Quezon City council,” the council added.