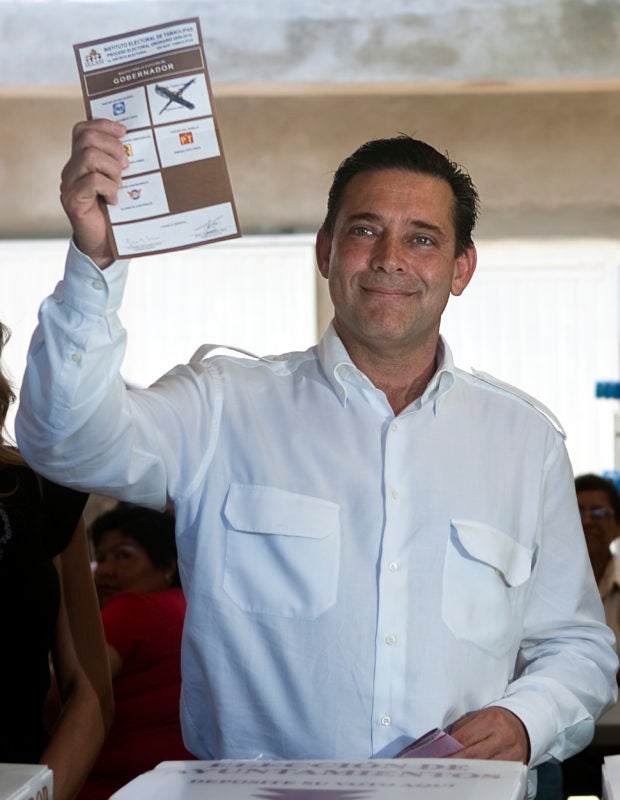 (FILE PHOTO) Tamaulipas state Governor Eugenio Hernandez Floresand shows his ballot at the Jose Vasconselos School in Ciudad Victoria on July 4, 2010. Elections in nearly half of the states of Mexico were preceded by an unprecedented series of political assassinations attributed to the Mafia. These crimes of violence have become the centerpiece of the campaign for an election to be elected in Congress in 14 states, governors and mayors in 12 towns in 1500. The killing on Monday of Rodolfo Torre, favorite candidate for governor of Tamaulipas (northeast), is the strongest eruption of violence in a campaign in Mexico since 1994, when a gunman killed the ruling party presidential candidate Luis Donaldo Colosio. AFP PHOTO/Luis Acosta / AFP PHOTO / LUIS ACOSTA

Ciudad Victoria, Mexico — Mexican ex-governor Eugenio Hernandez, who is wanted in the United States for laundering drug money, was arrested Friday in his home state of Tamaulipas on corruption charges, prosecutors said.

He joins a list of at least 20 ex-governors accused of corruption in Mexico, scandals that have badly damaged the image of the ruling Institutional Revolutionary Party (PRI), from which most of them hailed.

Hernandez governed Tamaulipas, which borders the US state of Texas, from 2005 to 2010 for the PRI.

He is accused of embezzling public funds and laundering money.

He was indicted in Texas in 2015 along with his brother-in-law for laundering drug money, charges for which he faces up to 20 years in prison in the United States.