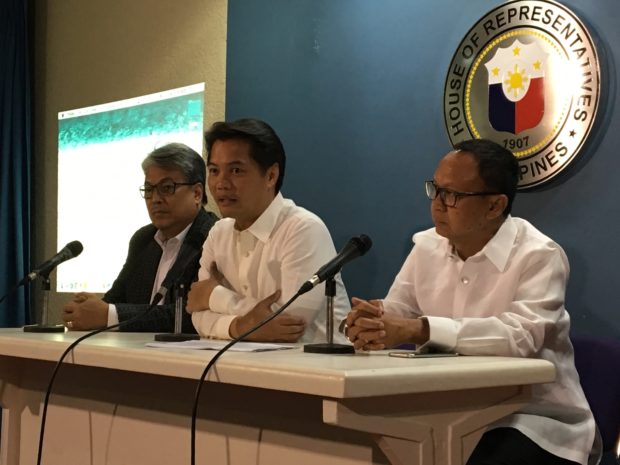 Perjury and even possible syndicated estafa charges may be filed by lawmakers against a contractor of housing projects for victims of typhoon “Yolanda” in Eastern Samar, after an inspection last week showed the steel bars fell short of the government’s specification.

Benitez said an inspection conducted after the hearing showed the reinforcing steel bars used by JC Tayag fell short of the National Housing Authority’s 16-millimeter specification. The rebars were found to measure 6.53 to 11.84 millimeters.

Ilocos Sur 1st Dist. Rep. Deogracias Victor Savellano recalled that he made Tayag testify under oath during the Sept. 18 hearing. “[He’s] lying right in front of us. I don’t understand it. How brave of him,” he said.

He said the angle of syndicated estafa is “being studied,” because the undersizing of the rebars resulted in a 30 to 40-percent price difference.

NHA officials responsible for the projects may also be held liable for negligence. “We were wondering how this can happen without the monitoring and supervision of NHA officials,” said Benitez.

He and Eastern Samar Rep. Ben Evardone, whose House Resolution No. 599 triggered the congressional inquiry, may file the criminal complaints in their personal capacities.

Benitez added the House’s investigation will be expanded to cover other Yolanda housing projects under other contractors.

Likewise, Evardone urged the NHA and the Department of Public Works and Highways to conduct a joint investigation and testing of construction materials. “I want to make sure the units that will be occupied or are occupied already are really suitable for the victims of Yolanda,” he said.

He noted that the houses built with substandard materials are already a sunk cost, because the DPWH’s standard procedure is to “remove and replace” such infrastructure.

During last week’s hearing, Tayag lamented that lawmakers took the allegations of whistleblower Camilo Salazar regarding the use of substandard materials as “gospel truth.”

“The alleged substandard issue only happened in one of our project sties in Balangiga,” Tayag said then. “However, they declared the construction in Eastern Samar as a whole is substandard. Standard logical principle does not agree that a particular fact can form a general statement. That is malicious.”

He claimed Salazar was a foreman who was relieved over the poor implementation of works and plans.

In response, Benitez said Tayag could not present payment slips during the hearing and only showed a billing statement claiming payment. “How can a salaried person or foreman bill his employer?” he said. /je 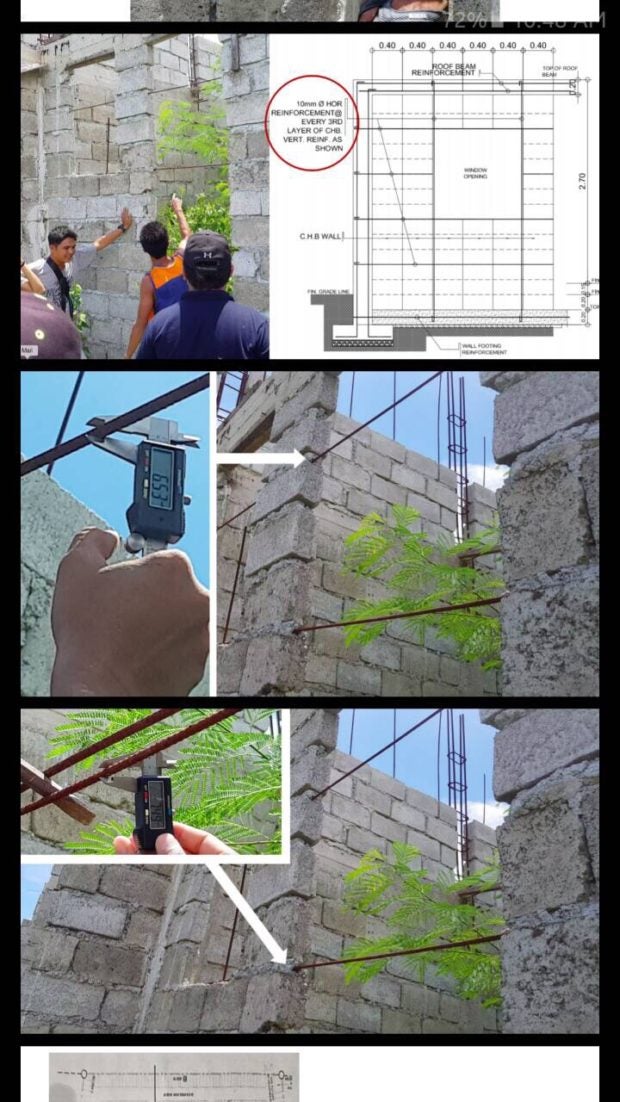 The reinforcing steel bars used in a housing project by J.C. Tayag Builders, Inc., were measured from 6.53 millimeters to 11.84 millimeters, falling short of the National Housing Authority’s 16-millimeter specification. Photo courtesy of the House Committee on Housing and Urban Development.