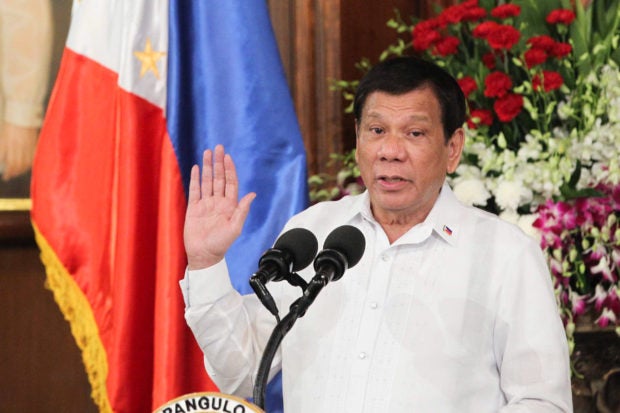 President Rodrigo Duterte on Wednesday said he had ordered the police to kill his son, Davao City Vice Mayor Paolo Duterte, if they should catch him being involved in the illegal drug trade.

[My order was: If there’s any of my children into drugs, kill them, so the people can’t say anything against me.]

He said he had told his son about his orders to the police: “Kaya sabi ko diyan kay Pulong: ‘My orders [are] to kill you if you are caught and I will protect the police who will kill you kung totoo iyan’.”

Duterte’s order to the police came following allegations of Sen. Antonio Trillanes IV that that his oldest son was a member of the Chinese drug triad.

[The better. So that I can say to people: There, you keep talking. There’s my son’s corpse.]

Vice Mayor Duterte was also earlier linked to a certain Davao Group, which had allegedly been facilitating drug smuggling at the Bureau of Customs (BOC).

The President has repeatedly said he would resign if any of his children would turn out to be involved in corruption or other illegal activities. /atm