The DOJ chief ordered the National Bureau of Investigation (NBI) to conduct a second DNA test to confirm the identity of the body found in Gapan, Nueva Ecija last week.

Aguirre made the order after the Philippine National Police (PNP) announced last Monday that the body found in Nueva Ecija was not that of Kulot, based on the DNA matching procedure on the samples lifted from Eduardo Gabriel and Lina de Guzman, who surfaced as the victim’s parents.

However, PAO chief Persida Rueda Acosta said a second DNA test is no longer needed following the positive identification by the parents and a comparative analysis of the body based on Kulot’s photos when he was alive.

READ: No one will get ‘Kulot’ from us—parents

“I am giving PAO a freehand to decide on the matter,” he said.

A Death Certificate was already issued for Kulot which was certified as correct by Dr. Carlomagno G. Yalung, Medico-Legal Officer from the NBI. The NBI conducted the full autopsy on Kulot while forensic experts from PAO led by Dr. Erwin Erfe conducted a forensic analysis on the wounds sustained by the boy.

Here is the copy of Kulot’s death certificate: 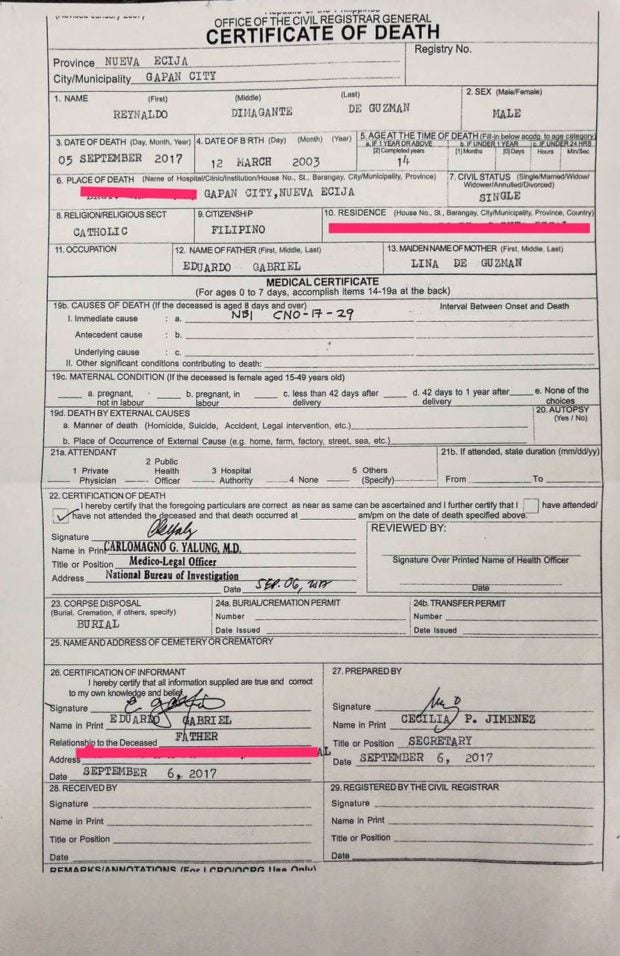 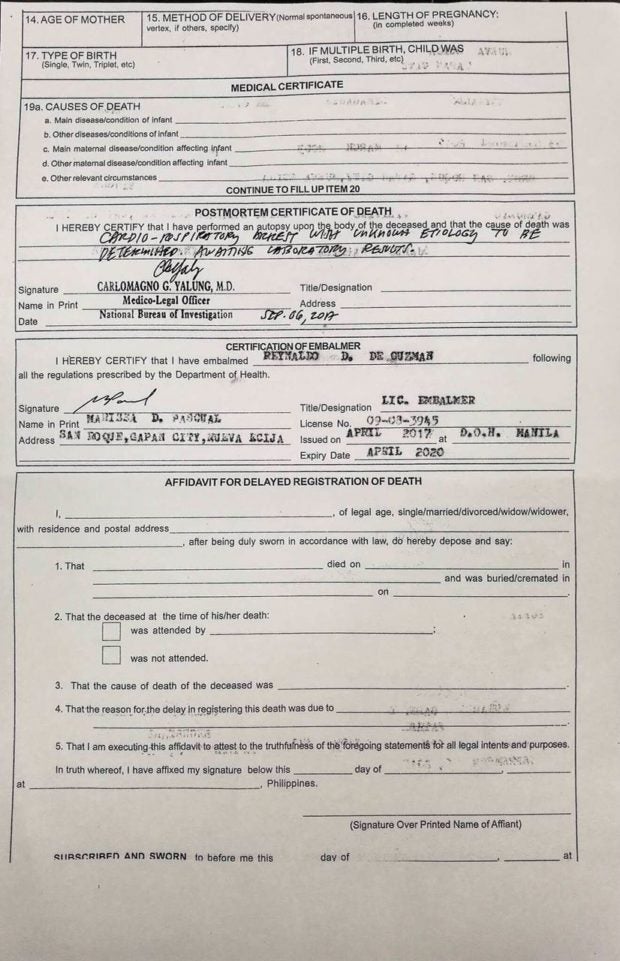