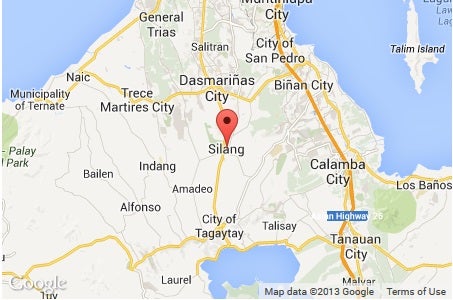 SAN PEDRO CITY – A woman died while trying to save her four small children from the rampaging river caused by strong winds brought by Tropical Depression “Maring” in Silang town, Cavite on Monday night, a disaster official said.

Her body was recovered around 11:20 a.m. Tuesday in Barangay San Agustin 2 in the adjacent city of Dasmariñas.

“Their nipa hut was washed away. She was able to save her small children before she herself got swept away,” Eusebio said.

According to her, the floods also forced 81 families from various villages to evacuate to safer grounds.

Flashfloods left big cracks on the Calubcob and Batas roads in Silang, she said.

Eusebio said the Department of Public Works and Highways was already in the area to fix the asphalt roads which were closed to traffic due to the damage.