Is the DPWH killing coral reefs?

Renowned marine biologist Wilfredo Licuanan describes the Department of Public Works and Highways as ‘the No. 1 destroyer of the country’s reef system’
By: Aie Balagtas See - Reporter / @ABalagtasSeeINQ
Philippine Daily Inquirer / 07:19 AM September 10, 2017 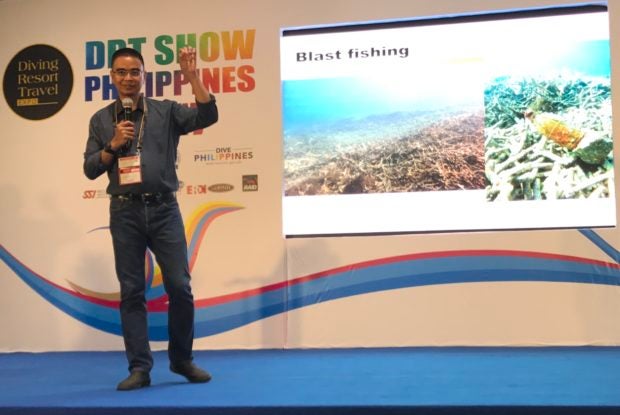 He might get into trouble for it, renowned marine biologist Wilfredo Licuanan himself admitted, but he just had to say it:  “The No. 1 destroyer of coral reefs in the Philippines is the Department of Public Works and Highways (DPWH).”

By exposing and eroding the topsoil into the sea when the agency builds roads and bridges, the DPWH has been steadily destroying the country’s coral reefs, said Licuanan, who has at least 30 years’ worth of marine studies  under his belt.

The Philippines lies at the apex of the coral triangle and is considered the richest place on earth in terms of marine biodiversity.

The preliminary result, which was the subject of Licuanan’s talk yesterday, showed that “the corals are disappearing and reefs are having fewer organisms.”

The last nationwide assessment was done 40 years ago, and according to Licuanan, some of the methods being used to nurse the corals back to health, including coral gardening, have not been enough to reverse or slow down their decline. Policies on marine ecosystem were also based on “obsolete” studies, he added.

In fact, Licuanan said, all the coral reefs placed under “excellent” category 40 years ago are gone, while about 90 percent of country’s reefs are now under “poor” or “fair” conditions. 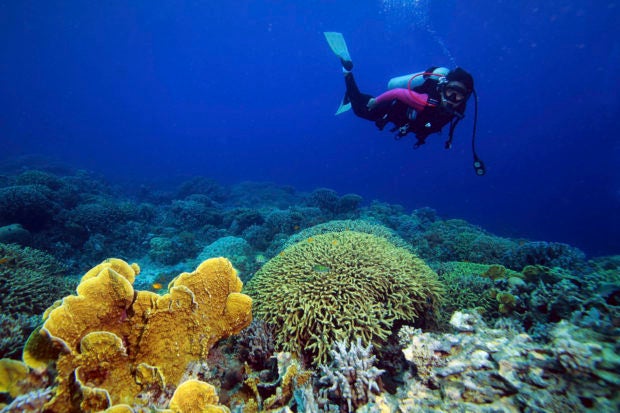 ON THE DECLINE Lush coral gardens like this in Sumilon Island, Cebu, are fast disappearing. —CONTRIBUTED PHOTO

“Imagine (how the DPWH crew) would cut a portion of the hill to build the road. The lower portion of the road cut would be asphalted, but the upper portion, which is soil, would be left exposed,” Licuanan said.

The exposed soil eventually erodes, especially during landslides, and the silt is deposited to the sea. Once the silt hits the corals, the marine creatures die “in a matter of hours,” he explained.

To make matters worse, Licuanan said, the DPWH has engineers who are unaware that corals are live sea creatures essential to food production and a healthy marine ecosystem.

Blame it on the education system that requires only licensed engineers to teach engineering students, he added.

The recent assessment, which aims to give the public “a snapshot of the current state of Philippine reefs,” could be used to craft policies and amend laws not only to prevent the death of coral reefs, but also to repair the damaged ones.

It takes thousands of years for coral reefs to form and its current conditions could not be solved overnight, Licuanan said.

“We cannot save all these reefs, but we can do something about it.  We need to involve everyone. The scientists cannot do it alone. We need the local community, the management and the politicians working on these things,” he added.