BOC officials: Yes, there is ‘tara system’ in Customs 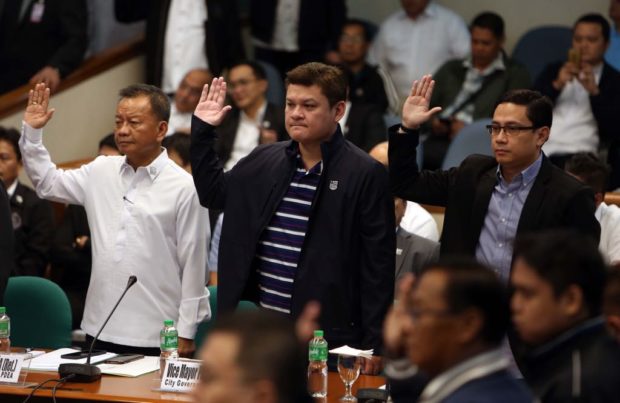 Several officials of the Bureau of Customs (BOC) confirmed that the “tara system,” which Senator Panfilo Lacson recently exposed in a privilege speech, is existing within the agency.

At the start of the Senate blue ribbon committee hearing on the corruption in the BOC on Thursday, Lacson asked Customs officials if the tara system indeed existed in the agency.

All of them answered in the affirmative.

“The information I got, there was this tara system and the tara system is actually a ‘lagay system’ to facilitate the movement of the goods of certain businessmen,” Lapeña said.

Pinawin said the P6.4 billion worth of shabu shipment made it past the BOC’s inspection because of the tara system.

Gambala also said he was informed of “extortion, harassment, and issues of people helping importers or other unscrupulous persons to undertake technical smuggling.”

Meanwhile, Anderson said some of the rank-and-file employees in the BOC mentioned to them that there was “a system of distribution of money.” je