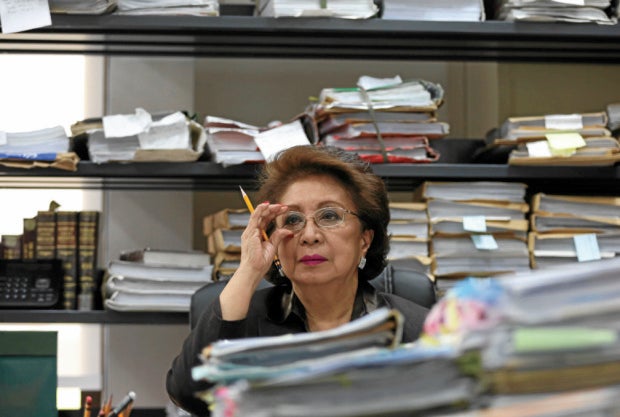 The Office of the Ombudsman has started conducting a fact-finding investigation on the killing of 17-year-old Kian delos Santos allegedly committed by the police last Aug. 16.

“We already started our fact finding investigation. We have started sending out subpoena, we want a piece of this or that document,” Ombudsman Conchita Carpio-Morales told reporters at the Senate.

Morales on Tuesday attended the Finance committee’s hearing on the Office of the Ombudsman’s proposed budget for 2018.

Senate Minority leader Franklin Drilon had earlier urged Justice Secretary Vitaliano Aguirre II to inhibit from the investigation after the latter called the killing of the teenager an “isolated case” that was “blown out of proportion.”

In a separate interview, Drilon also confirmed that the Ombudsman has already acted on the case, stressing that the Ombudsman’s office has concurrent jurisdiction with the Department of Justice (DOJ) insofar as the case of Delos Santos is concerned.

“If the Ombudsman can conduct preliminary investigations on impeachable officials, how much more of an ordinary policeman? That only indicates the erroneous interpretation of the justice secretary in the desire to just assume the jurisdiction over the investigation,” Drilon said.

Delos Santos’s parents have filed murder charges against four policemen over the killing before the DOJ.

Senator Panfilo Lacson said the public order committee will resume its investigation on the incident on Tuesday next week, Sept. 5. JE