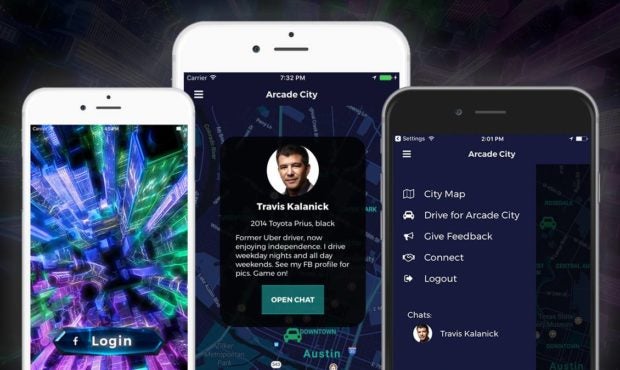 A new app-based transport service continued to defy the Land Transportation Franchising and Regulatory Board’s (LTFRB) order for it to cease operations, pointing out that its model is not covered by the agency’s definition of a transport network company (TNC).

Arcade City also noted that the LTFRB ordered it to cease operations even “before (the agency) understood” how its system works.

“Arcade City does not provide ‘prearranged transportation services for compensation’ and therefore does not fit the LTFRB definition of a [TNC],” it said in a statement, adding that it supposedly “does not require payment from riders or drivers.”

Tim Orbos, the transport undersecretary for road transport, reminded the transport service on Friday that once it starts to serve the public and act as a common carrier, it would be subjected to LTFRB’s authority.

“You can’t be an IT (information technology) company and involve the riding public and say that you’re just an IT company. You’re a common carrier and therefore must be subjected to laws governing (TNCs),” he told reporters in an interview.

On Wednesday, the LTFRB issued a cease and desist order against Arcade City hours after it recruited drivers into its platform and promoted itself as an “Uber alternative.”

The board earlier said Arcade City “has not coordinated” with the agency and was “not authorized” to operate as a TNC.

Under the LTFRB’s Memorandum Circular No. 2015-015, which set the guidelines for the accreditation of TNCs, internet-based transportation services fall under the board’s jurisdiction.

LTFRB board member Aileen Lizada said they had sought the assistance of Information and Communications Technology Secretary Rodolfo Salalima’s “to shut down the system of Arcade City.”

Lizada noted that given the ambiguity of the app, the government could not assure the commuting public if the vehicles they would ride are safe.

She added that it was also unclear if the company had the necessary papers to operate in the country.

The official appealed to drivers being enticed by the app to “think twice” before enrolling themselves in the service, pointing out that they would be putting themselves in “a very delicate situation.”

Read Next
MMDA: Blame erring bus firms, not us
EDITORS' PICK
China expands lockdown against virus, fast-tracks hospital
SM continues to send relief assistance to remote towns in Batangas
‘A greener, cleaner tomorrow’: A how-to guide for Filipinos who want to help with today’s energy crisis
Palace: US Senate move also made Duterte junk VFA
Get exciting deals and discounts when you download the new McDonald’s App
Countries with confirmed cases of coronavirus
MOST READ
Taal’s sulfur dioxide emission increases
No time for revelry; Tagaytay instead plans for alert level 5
Palace: US Senate move also made Duterte junk VFA
Dina Bonnevie on Coney Reyes: We have forgiven each other
Don't miss out on the latest news and information.