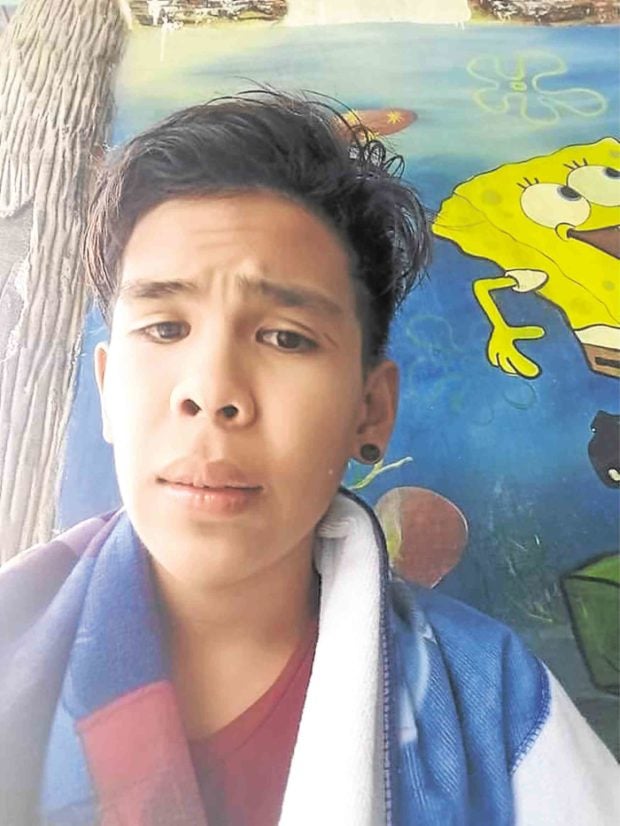 No mother should ever have to bury her child, but this is now the tragic task ahead for Lorenza delos Santos after her 17-year-old son, Kian Loyd, became the latest victim of the government’s war on drugs.

A domestic helper in Saudi Arabia, she rushed home when she learned that Kian, a Grade 11 student at Our Lady of Lourdes College in Valenzuela City, was gunned down by the police on Tuesday night during a “One Time, Big Time” operation in Barangay 160.

“We were just chatting on Facebook the night before his death. His classmates had bikes. He said,  ‘Mama, I want a bike too.’ But I told him to wait 10 days. He got excited,” she said. She has not seen her son for three years.

She could only weep when her daughter broke the news to her on Facebook.

“I know in my heart that he has done nothing but dream for the future even though we are poor,” she said. 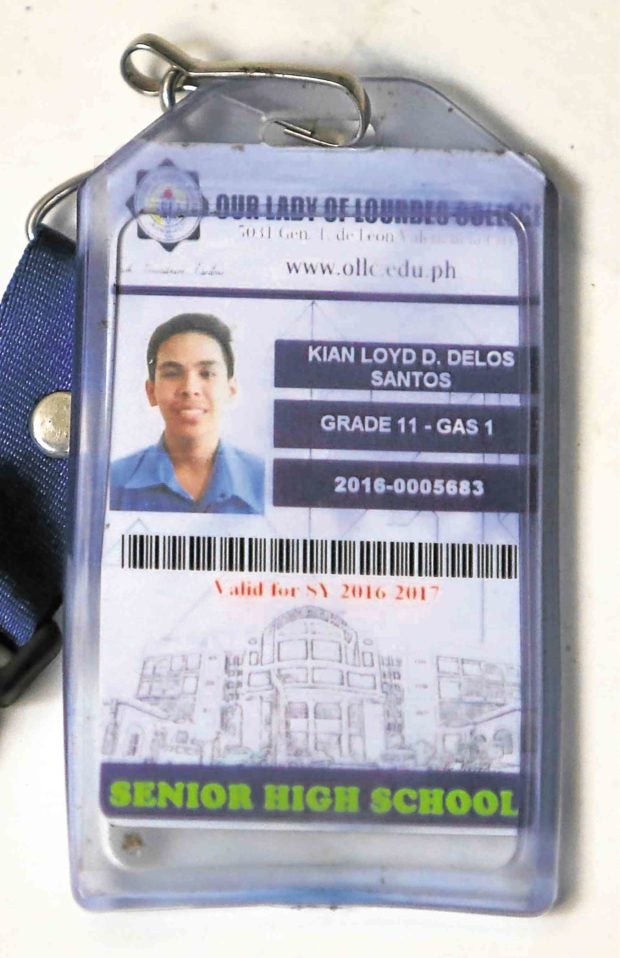 She vowed justice for her son no matter what it took.

“If they think my son was just selling drugs, they ought to look at our house. We barely have possessions. Is this the life of a drug pusher?” she said.

The family has sought the help of the Commission on Human Rights, which has opened an investigation. Iglesia Ni Cristo had offered legal and financial assistance, she said.

“Like us, they also want answers to why this government is killing poor, innocent people,” she said.

Police believe Kian was a runner for wanted drug dealer Neneng Escopino. He allegedly fired at policemen with a .45 cal. pistol and the officers shot back, killing him.

His friends and relatives said witnesses saw police dragging and beating Kian before shooting him.

One close friend of Kian, who spoke on condition of anonymity for fear of reprisal, said she saw him apprehended by two men in black civilian clothes.

She said the men patted him down and hit him repeatedly in the gut. She later saw him with his face covered near a basketball court with three men who were dragging him.

“Then the men gave him a gun and ordered him to shoot twice and then run really fast. But before he could even get away, they had shot him multiple times,” she said.

Her account seemed to jibe with the barangay’s CCTV footage, which showed a person believed to be Kian being dragged by two men in black.

Three officers involved in the operation and their superior were relieved.

“I want us policemen to be ruthless in operations, especially in illegal drugs. But there should be no room for abuse,” he said.

Kian’s mother believes the suspension of the officers was too lenient.