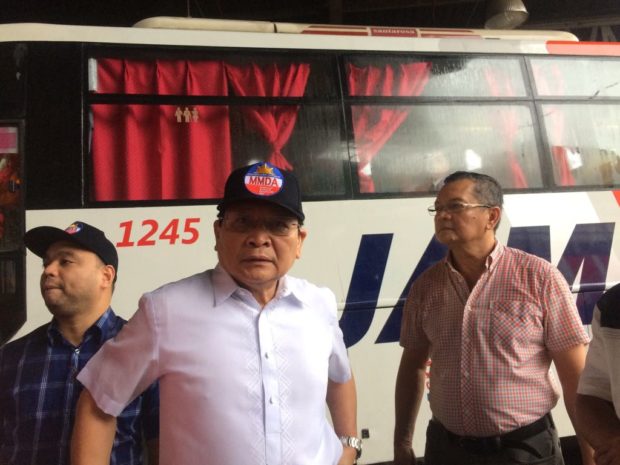 The Metropolitan Manila Development Authority (MMDA) on Friday said commuters inconvenienced by the closure of nine bus terminals on Edsa should not blame the agency but the erring bus companies.

Speaking to reporters, Jojo Garcia, chief of staff of MMDA chair Danilo Lim, said bus companies should not rile up the public against the agency since it was just enforcing the law.

“They should not use the plight of the commuters. The commuters have been inconvenienced because of the bus companies’ negligence,” said Garcia, reacting to reports that the MMDA was drawing flak for the closure of the terminals earlier this week.

He maintained that the bus firms were given ample time to complete requirements, such as a fire safety certificate.

They were also cited for ignoring the MMDA’s “nose in, nose out” policy.

Garcia explained that while the nine terminals along Edsa were ordered closed, the franchises issued to their bus companies were not canceled.

This means that commuters traveling to the provinces especially this long weekend can still take the bus firms’ units in other terminals, like the one at Araneta Center in Cubao, he said.