Another baby dolphin dies from stress after being mobbed by tourists 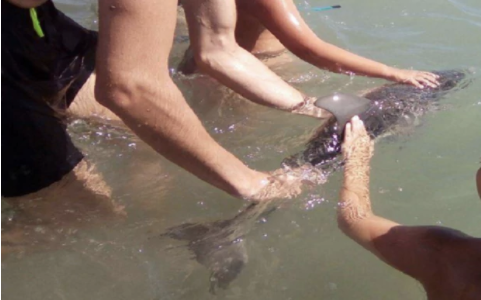 The dolphins is one of the world’s most majestic creatures, and humans often go to great lengths just to capture a photo of it.

However, such unwarranted attention could turn fatal, as another stranded baby dolphin died after being mishandled and photographed by overzealous tourists.

According to The Telegraph, curious beachgoers  in Mojacar, Almeria, in Spain mobbed the female calf near the shore—to the point where it lay motionless and succumbed to too much stress.

Marine wildlife and nonprofit organization Equinac condemned those involved in the incident and said the poor dolphin must have been “terrified” by the ordeal. 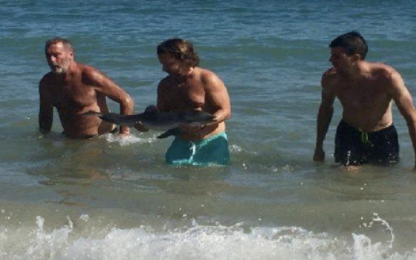 Members of the Equinac team try to revive the dolphin, but it was too late.  Photo from Facebook/Equinac

“Humans are the most irrational animal there is. Many people are unable to feel empathy for a living being which is frightened, starving hungry, without its mother,” the group posted on Facebook, as translated by the news outlet.

“In their selfishness, all they want to do is photograph it and touch it, even if the animals is suffering from stress,” the post added.

“This calf beached for being sick or losing her mother, without which she can’t survive, but photographing and touching causes these animals to enter a very high state of stress,” the group continued.

“Let us remind everyone that these animals are highly protected; to disturb them, to harm them and to manipulate them is prohibited by law, and we always ask for respect and consideration.”