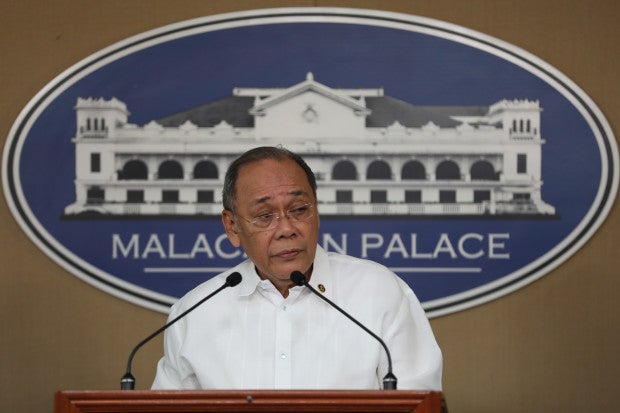 Presidential spokesperson Ernesto Abella noted that the President had promised to step down if it were proven that any of his children were involved in illegal activities.

“If they really have a case regarding that matter… I mean, what does a picture prove?” Abella told a press briefing.

On Aug. 7, the name of the President’s son surfaced at the House of Representatives inquiry into the P6.4-billion shabu shipment (methamphetamine hydrochloride) smuggled through the Bureau of Customs (BOC).

Customs broker Mark Taguba mentioned the name of the vice mayor due to “rumors” that the President’s son was involved in the transactions of a certain “Davao group” at the BOC bureau in Davao City.

Taguba said the vice mayor’s name was being name-dropped by individuals — a certain “Tita Nani,” “Jack” and “Small”—he earlier implicated in corruption at the BOC.

“If there’s really anything serious, whoever is [behind] this matter should raise up the issue in the proper venue and not just go in circles,” Abella said.

“Because at the end of the day, what does it become? It becomes a trial by publicity,” he said.

But Sen. Panfilo Lacson on Monday expressed the possibility of inviting Paolo to the Senate hearing on the shabu shipment if investigation found basis for his appearance.

“As of now, there is no basis yet. We are just open to the possibility. But if there will be a basis, why not. No one is exempted anyway,” Lacson told reporters.

Meanwhile, Cebu businessman Peter Lim, a suspected drug triad boss, on Monday skipped the start of the preliminary hearing of the drug trafficking charges brought against him and several others in the Department of Justice.