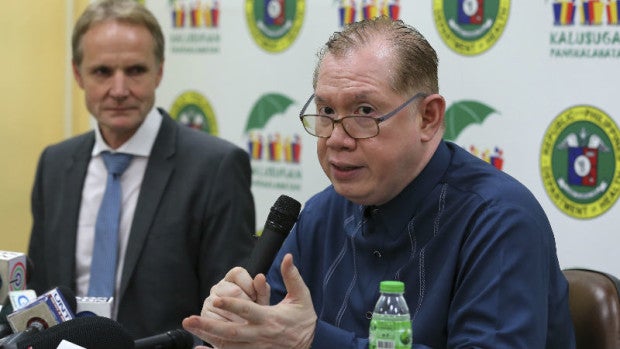 Dr. Enrique Tayag of the Department of Health (DOH) on Monday said it is safe for the public to eat chickens and eggs as long as these are properly cooked.

“Enjoy your chicken, kung may pambili kayo (if you can buy it),” Tayag, director IV of the Bureau of Local Health Systems Development, said to lighten the mood in an ambush interview at the sidelines of the House of Representatives’ deliberations on the DOH’s proposed P164.86 billion budget in 2018.

Tayag said the H5 strain of the avian flu virus that killed chickens in San Luis, Pampanga cannot be transferred from chickens to human by eating.

But Tayag said there are cases that the avian flu was transferred to humans, but this is a rare case and has never happened in the Philippines.

READ: DA: Pampanga bird flu strain may not be transmissible to humans

(The bird flu virus affects chickens and other animals with wings. That means humans are not affected. However, now that there is a bird flu outbreak, people could catch the virus, but this only seldom happens.)

Tayag said it is still safe to eat chicken or egg in the country as long as these are properly cooked, but he cautioned against eating raw chicken or eating runny or raw egg.

(It’s safe to eat chicken in the country. Just make sure to cook it really well…. Don’t eat raw egg that’s wet and runny, it has to be hardboiled.)

He said those who are at risk of being infected are the ones who have direct contact with the chicken, like those who removed the feathers of an infected chicken.

Tayag said the virus may infect the human through the tears or secretions of an infected chicken.

Tayag warned that the avian flu virus may evolve to an H1N1 which has a mortality rate of 60 percent, and will have the symptoms of a human influenza.

(DOH is urging those who own chickens or have butchered poultry, if you have a fever, cold, itchy throat, go to a health center.)