DA: Pampanga bird flu strain may not be transmissible to humans 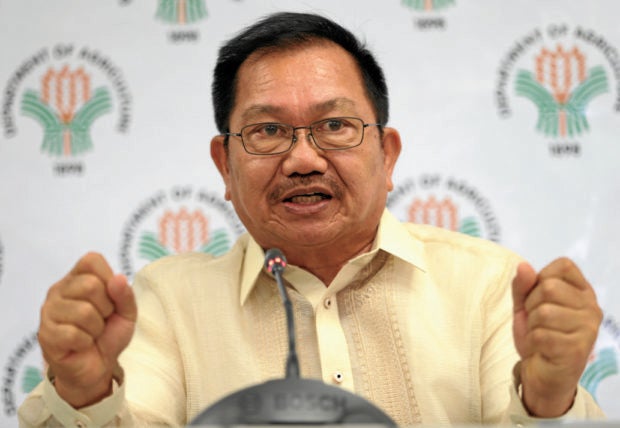 The bird flu strain that infected hundreds of thousands of fowls in Pampanga may not be the strain that transmits to humans, Agriculture Secretary Emmanuel Piñol said on Saturday.

“It’s a good thing that the virus that was discovered in San Luis is the type that does not transmit to human beings,” Piñol said in an interview with the ABS-CBN News Channel.

“The four laboratory tests conducted showed that it’s type A-H5, and it’s negative of type A-H5N1, which is the strain that could be transmitted from animals to human beings,” he explained.

Piñol said that the strain may be A-H5N6, a subtype that supposedly does not infect humans. This, however, will still be confirmed by Australian laboratory experts, who tested the samples from infected fowls. The results will be out in two weeks.

“Until today, there’s been no reported case of farm workers or people living near the farm showing any signs that they were affected by the bird flu. So that could be a good indication,” he said.

The Secretary confirmed on Friday that about 200,000 fowls in San Luis, Pampanga have been affected by the outbreak. However, he clarified in the ANC interview that these animals were not necessarily infected, only culled because they were within the one-kilometer quarantine radius.

The virus was believed to have originated in San Luis’ layer farms in April but was only discovered in August after government experts conducted tests, he said, adding that these farms only produce eggs, not meat, lowering the possibility of quickly spreading the infection in nearby towns.

“It would have been a different story had they been producing broilers or chicken for the meat market,” Piñol said.

He assured the public that the Department of Agriculture’s 12 quarantine teams are closely monitoring attempts to sell contaminated meat in the market.

No feathered animals, including eggs, would be allowed to be transported outside the seven-kilometer controlled radius to contain the virus, he added. IDL