Duterte issues reminder, but no new policies, in meeting with mining execs 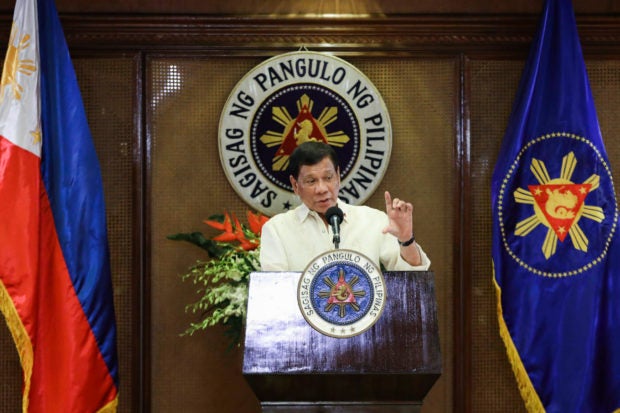 President Rodrigo Duterte met with mining executives on Thursday night in Malacañang days after he threatened to “tax to death” the industry amid issues of illegal mining in the country.

But Senior Deputy Executive Secretary Menardo Guevarra said Duterte assured the mining executives that they won’t have a problem as long as they follow mining rules in the country.

“During that meeting with the miners, the President essentially said that, for as long as mining groups, whether big or small, follow the rules on mining and keep environmental laws in mind then there would be no problem and they can continue with their operations,” Guevarra said at a press conference in Pasay City.

During his second Sona, the President said that he would tax to death mining industry if they don’t clean up the adverse effects of their mining operations.

In a speech in Davao City, Duterte made another warning to mining stakeholders that his administration was preparing a new legislation on mining.

But Guevarra said no new policy was announced during his meeting with mining executives on Thursday night.

“I’m not privy to any new policy announcement from the President except reiteration of what has been the policy of the government ever since,” he said.

Aside from discussing mining issues, Duterte also showed his updated drug list to the mining executives, which was dated July 25, 2017. IDL