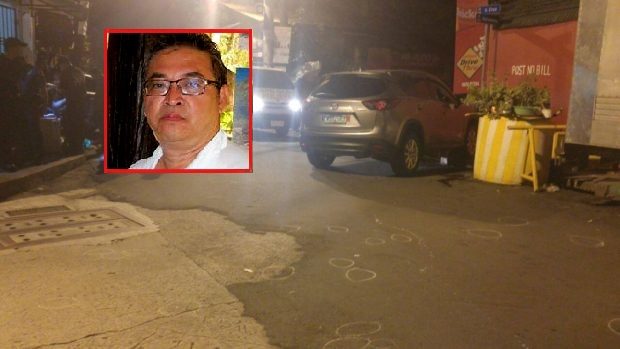 Friends and colleagues of slain former journalist Michael Marasigan expressed shock and sadness over his murder, with many of them remained puzzled over the motive of the killing.

Marasigan, 60, and his brother, Christopher, 50, were killed on Thursday night in San Juan City by still unidentified men in motorcycle. Marasigan died on the spot while Christopher later died in San Juan Medical Hospital.

Senator Richard Gordon, in a series of tweets, called for justice in the death of Marasigan, who was fondly called as “Mike” in the industry.

“Terribly shattered by murders of Mike and Christopher Marasigan by riding in tandem killers. First met Mike at [the] height of [Mount] Pinatubo eruption,” Gordon said.

Gordon said he once thought Marasigan was a “guest pastor at my mom’s home while sitting out the chaos of the disaster.” Marasigan, who was then one of the editors of Business World, was trapped in Olongapo, the senator said.

“We became friends since then and text pals,” he added.

“Mike Marasigan is irreplaceable. A great media personality, fair critic, and an in-depth writer. People must not forget to give justice for him,” Gordon said.

Former Business World editor Beting Laygo Dolor told INQUIRER.net said he cannot think of any reason why Marasigan was killed because the victim had “no known enemies” and he was even “well-liked.”

“Mike was a terrific guy, a good friend, and a fun drinking buddy,” he said.

“We are all shocked at what happened because he was nice to everyone,” said Dolor, who met Marasigan in 1987 as Business World’s chief of reporters.

Marasigan was a former independent video producer at Living Asia Channel and had worked at the Department of Finance as a communications consultant.

His remains will be brought to Arlington Memorial Chapels on Friday, 3 p.m. JPV