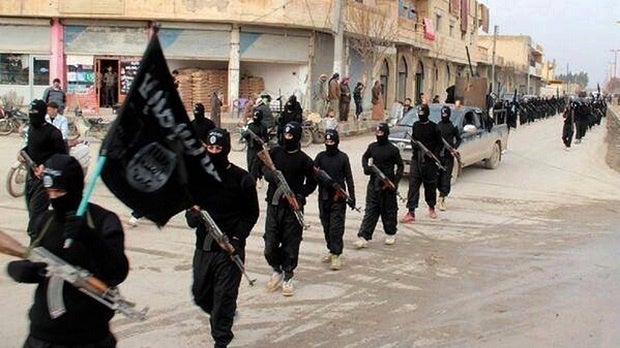 UNITED NATIONS—A United Nation study of 43 people who left their countries to become “foreign terrorist fighters” in Syria has found that most came from disadvantaged backgrounds, lacked good education and decent jobs—and saw their Muslim religion “in terms of justice and injustice rather than in terms of piety and spirituality.”

The study for the U.N. Counter-Terrorism Center released Thursday said that based on interviews with the 42 men and one woman, a typical “foreign terrorist fighter,” or FTF, is most likely to be young, male and feel “their life lacked meaning.”

But Professor Hamed el-Said of Manchester Metropolitan University and British terrorism expert Richard Barrett, who conducted the study, said beyond that it’s difficult to generalize why they wanted to go to Syria.

They cited “a mix of factors,” saying “social networks often seem to play a key role” and “equally important is the role and identity of the recruiters, who are not necessarily members of armed groups” but are more likely to be sympathizers.

Almost 40 percent of the sample said they were motivated to go to Syria by “an obligation to defend their fellow Sunnis from the Syrian government and its allies by force,” the report said. “This confirms that many Muslim youth, regardless of where they come from, perceive the conflict in Syria in community more than in religious terms.”

The authors said this perception of a duty to defend their group during a war “is an important element in understanding what may motivate an individual to become an FTF.”

Other responses confirmed “the lack of ideology” as a motivating factor, they said, noting for example that “very few of this sample believe in the idea of an Islamic State or of establishing a caliphate in the Levant.”

The authors said that while the issue of FTFs has risen to the top of the political agenda in many countries, there is a lack of detailed knowledge about why people choose to join terrorist organizations—and why some return home.

The authors stressed that their study is not a random sample, but they said it is one of the largest samples of face-to-face interviews conducted with FTFs, and therefore they believe the report “adds significantly to current research.”

Of the 43 people interviewed representing 12 nationalities, 33, or 77 percent, reached Syria but subsequently decided to leave, the report said. The other 10 were either intercepted by authorities in their own country or stopped en route to Syria by authorities in a transit country.

The authors said 26 were interviewed in prison, and the remaining 17 in official premises or public places arranged by security officials from the host country, though generally not in their presence.

Despite an appeal to all U.N. member states, the authors expressed regret that only seven countries agreed to participate in the study—three from the European Union and four from the Middle East and North Africa.

The report said the participants “claimed they did not go to Syria with the intention of becoming a terrorist, nor did they return with that purpose in mind.” In Syria, most said the only military experience they received was a simple course on how to shoot with no bullets, “as shooting draws the attention of the enemy.” Only five of the 43 admitted to participating in fighting in Syria, the report said.

The authors said families had “a powerful influence” in convincing those interviewed to leave Syria, as well as their own “disillusionment” and “disappointment.”

El-Said and Barrett expressed hope that the study “will assist member states to design and implement policies and programs that discourage those who are about to or are thinking of going to Syria, and reintegrate those who have already returned, or who are about to do so,” with minimum risk to public safety. JPV