Signed on Friday, Executive Order (EO) No. 36 suspended the Compensation and Position Classification System (CPCS) and the Index of Occupational Services (IOS) under EO No. 203, which set the framework of GOCC employees’ compensation and the computation of their bonuses and incentives.

Duterte said that there was a “need to further study and review the compensation of GOCCs and eliminate excessive, unauthorized, illegal, and/or unconscionable allowances, incentives, and benefits.”

“The GCG finds that there are compelling reasons to revisit and/or reevaluate the CPCS under EO No. 203 and institute an interim measure for affected GOCCs at the meantime,” Duterte said in his directive.

In January, Socioeconomic Planning Secretary Ernesto Pernia said the administration was eyeing to put a cap on the high incentives and bonuses GOCC officials often receive.

“GOCCs are treated as a private sector, so they have to be competitive. But their bonuses should also be tempered,” Pernia said. JE/rga 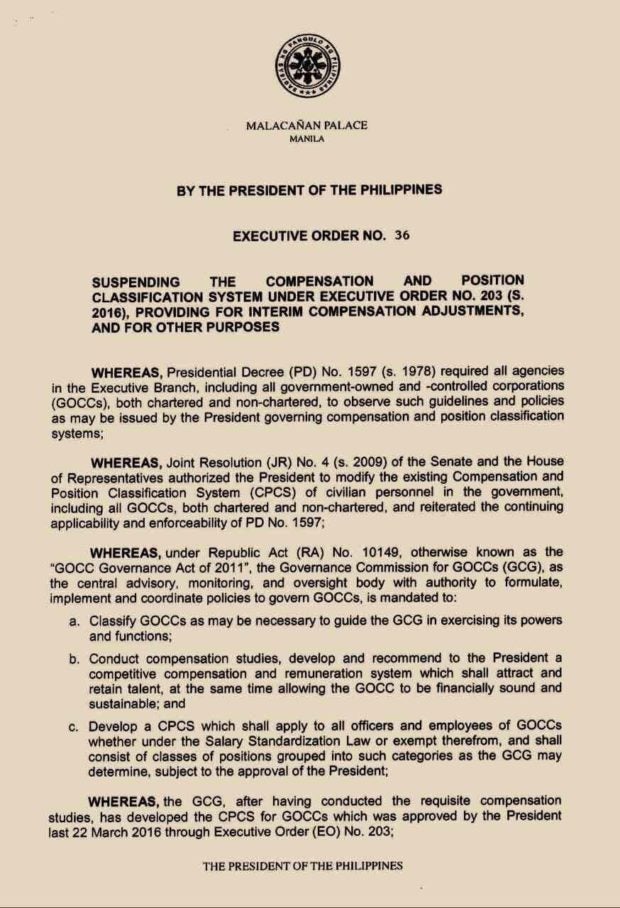 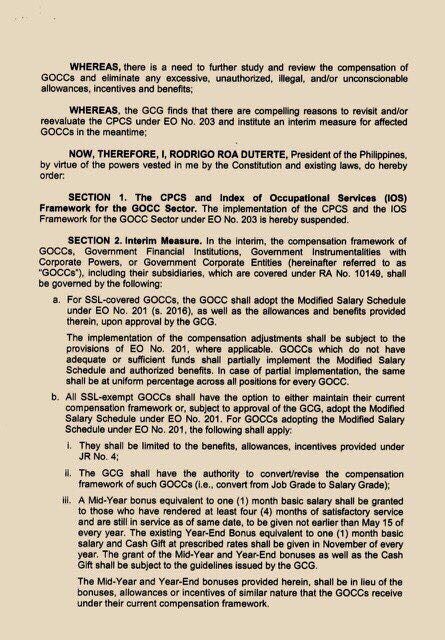 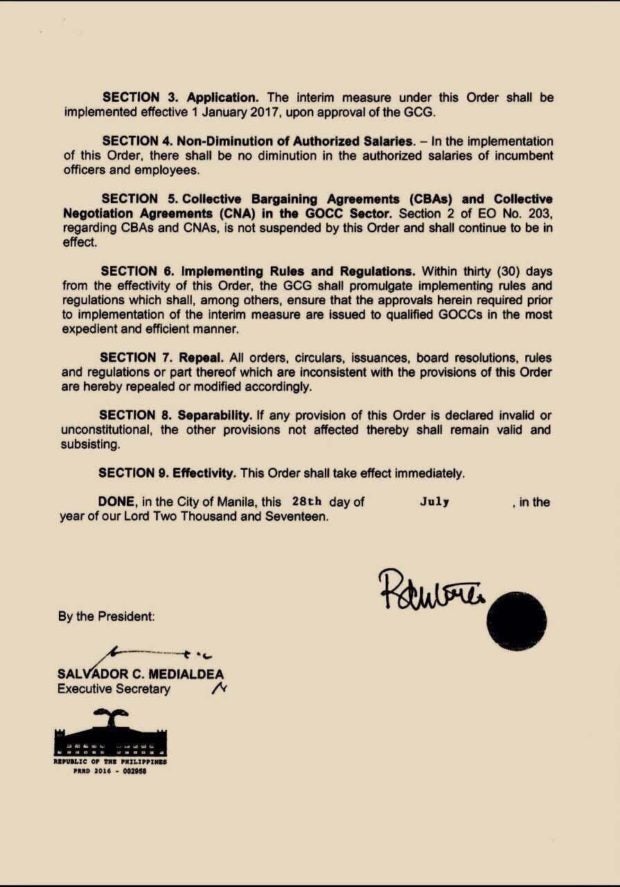