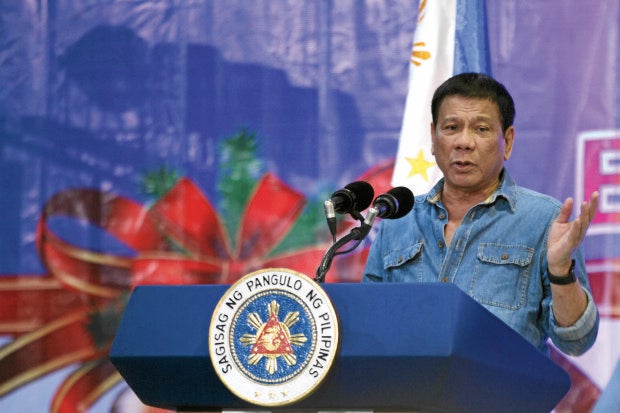 The Duterte administration is eyeing to place a cap on the relatively higher pay and bonuses being enjoyed by officials as well as regular personnel of state-run corporations, the country’s chief economist said Tuesday.

Socioeconomic Planning Secretary Ernesto M. Pernia on Tuesday said this proposal was raised during the Cabinet meeting last Monday, such that the executive branch is expected to push for such legislation during the planned Legislative-Executive Development Advisory Council meeting tentatively set on Jan. 30.

“GOCCs [government-owned and/or -controlled corporations] have become rather unwieldy. [Officials] are paid monthly honoraria and they meet twice a month; I understand an honorarium per meeting is P40,000, so, of course, there’s an incentive for board members to have more frequent meetings. I think they should meet only once every quarter, the normal frequency of board meetings. Their honoraria should be tempered and also, they should not be given bonuses,” said Pernia, who also heads state planning agency National Economic and Development Authority (Neda).

The Neda chief said President Rodrigo Duterte is expected to announce in the coming days major reforms in the GOCC sector, including in state-run pension fund Social Security System.

The pay and bonuses cut was being eyed not only for GOCC executives but also for regular employees and staff.

“GOCCs are treated as private sector, so they have to be competitive. But their bonuses should also be tempered,” Pernia said.

The Cabinet will have to discuss the cap on GOCC bonuses moving forward, the Neda chief said, adding that all extra pay of workers in state-run firms must be performance-based.

The CPCS standardized GOCC compensation and made it competitive with the private sector doing comparable work in order to attract, retain and motivate a corps of competent civil servants, the Governance Commission for GOCCs earlier explained.

“Through the CPCS, all GOCCs under GCG’s jurisdiction shall follow a standard compensation framework streamlining the number of allowances and ensuring that the basic salary represents the bulk of an officer or employee’s compensation for better transparency,” it had said. RAM/rga