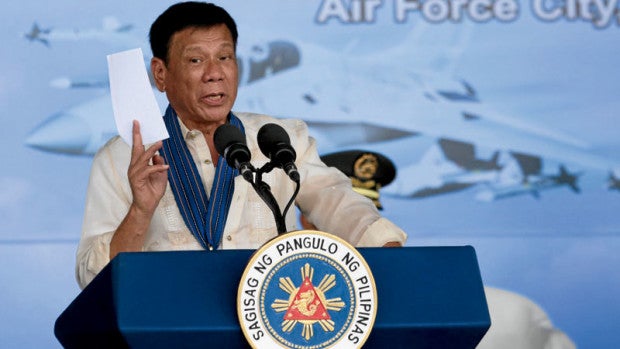 Militant umbrella group Bagong Alyansang Makabayan (Bayan) on Thursday is asking President Rodrigo Duterte to launch an investigation on the “scandalous” salaries and benefits being given to top government officials, which also include heads of government-owned and -controlled corporations (GOCCs).

Bayan Secretary General Renato Reyes Jr. said that the salaries of some government officials do not reflect the values of austerity and simple living being espoused by Duterte.

“The President has been known to promote simple living among public officials. These huge perks, bonuses and allowances from the previous administration stand in stark contrast to what is being promoted by the President. Some of the huge bonuses and perks can be described as obscene given situation of other social services. Some of the bonuses are scandalous considering that the government plans to raise taxes again,” said Reyes.

He also asked the President to review Executive Orders 201 and 203 which provide the salaries of government officials and GOCC heads.

According to the 2015 Commission on Audit Report on Salaries and Allowances, Bangko Sentral ng Pilipinas (BSP) Governor Amado Tetangco was the highest-paid government executive, getting P13.9 million.

In the Cabinet of former President Benigno Aquino III, Health Secretary Janette Garin was the highest-paid official with P2.52 million.

“Former President Benigno Aquino III vetoed a P2,000 pension hike saying there were not enough funds, yet his appointed officials at the SSS and other GOCC’s were being given high salaries and other perks. The new administration can now correct this injustice,” Reyes added. RAM