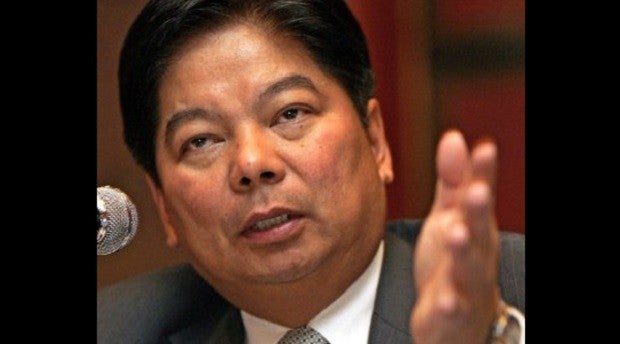 Former Health Secretary Janette Garin was the highest paid member of former President Benigno Aquino III’s Cabinet last year earning up to P2.52 million, according to a Commission on Audit (COA) report on the salaries of government officials.

Garin, who also received pay as board chair of the Philippine Health Insurance Corp., was followed by former Labor Secretary Rosalinda Baldoz and former Science Secretary Mario Montejo, who both received P2.166 million in salary, allowances, and other benefits in 2015.

Former Agriculture Secretary Proceso Alcala was the fourth highest paid Cabinet member, earning P2.075 million for the same period, while former Transportation Secretary Joseph Emilio Abaya was fifth with P2.06 million, based on COA’s 2015 Report on Salaries and Allowances published on the COA website on Tuesday.

But the former secretaries were only at the low end — ranking 305th, 453rd, 454th, 485th and 489th respectively — of the salary list dominated by executives from government-owned and -controlled corporations (GOCCs) and financial institutions.

On top of the salary earners list was Bangko Sentral ng Pilipinas (BSP) governor Amado Tetangco Jr., who was paid a total of P13.96 million in 2015. In close second was Government Service Insurance System president and general manager Robert Vergara who received P13.45 million in salaries, allowances and other benefits, the COA list showed.

READ: He wanted to be a doctor, then lawyer, but never banker

Teresita Herbosa, chair of the Securities and Exchange Commission, placed third with P9.8 million, while Anthony Robles, head of the branch banking sector of the Development Bank of the Philippines (DBP), was right behind her with P9.37 million.

BSP and DBP executives comprised the rest of the top 10.

The list covered 8,311 officers and members of GOCCs and of their subsidiaries and by Cabinet members, undersecretaries, assistant secretaries and other officials of equivalent rank of national government agencies. The President and lawmakers were excluded from the report.

Though Aquino, who received P120,000 a month under Salary Grade 33, was not included, former Vice President Jejomar Binay was listed, ranking 1,065th overall with P1.5 million. He received a bit less than his chief of staff, Benjamin Martinez Jr., who got P1.65 million in 2015, enough to rank 774th.

In the judiciary, Supreme Court Associate Justice Diosdado Peralta towered over his peers with accumulated pay of P7.8 million last year — placing him 14th on the list overall, followed by Associate Justice Lucas Bersamin at the 44th rank with P5.89 million.

Chief Justice Maria Lourdes Sereno was only the fifth highest paid among the high court justices with P4.82 million, including for her work in the Presidential Electoral Tribunal, among others. This put her in 80th place overall.

The COA report was submitted to Aquino, outgoing Senate President Franklin Drilon, and outgoing House Speaker Feliciano Belmonte Jr. on April 27 by COA chair Michael Aguinaldo, but was published on its website only this week.

The report was based on the 2015 Quarterly and Annual Reports of Salaries, Allowances and Other Benefits received by officials of national government agencies and GOCCs, as well as  members of the governing boards of GOCCs, and state universities and colleges.

Oddly enough, though the BSP governor ranked first on the COA list, the BSP actually submitted incomplete data of its top three ranking officials and members of the governing board, COA said.

The BSP did not report their data for indirect benefits required under COA Memorandum No. 2016-011 dated April 4, according to COA.

A total of 8,311 government officials from the 957 government agencies and instrumentalities are listed in the COA report.