Pacquiao arrived at around 9:00 a.m. at Camp Ranao where officials of the Task Force Marawi welcomed him, Radyo Inquirer reported.

“Ipinaglalaban nyo ang ating bansa. Hindi kayo nagkakasala kahit pumatay kayo ng tao. Hindi kayo nagkakasala sa mata ng Panginoon dahil ginagampanan ninyo ang inyong trabaho (You are fighting for our country. You are not committing sin even though you kill people. You don’t commit sin in the eyes of the Lord because you are doing your duty),” Pacquiao told the soldiers in Camp Ranao.

In his speech, the senator said added he decided to visit Marawi City to “boost the morale of the soldiers and also to give relief goods for the troops of the government.”
Pacquiao holds a military rank of lieutenant colonel assigned as a reservist for the Philippine Army. 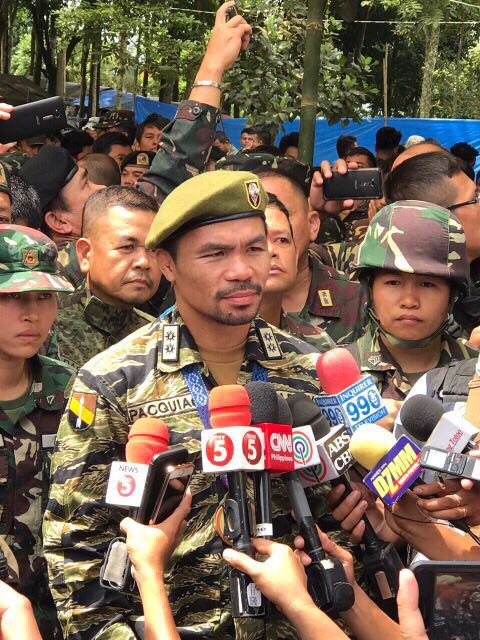 Pacquiao, wearing a full-military uniform, was immediately briefed by Armed Forces of the Philippines officials upon arrival in the war-torn city, Radyo Inquirer reported.

Pacquiao, for the longest time, had been a source of inspiration for soldiers fighting different battles and combats in the country. The senator always gets the full support of the Armed Forces every time he enters the ring and fight abroad. JPV 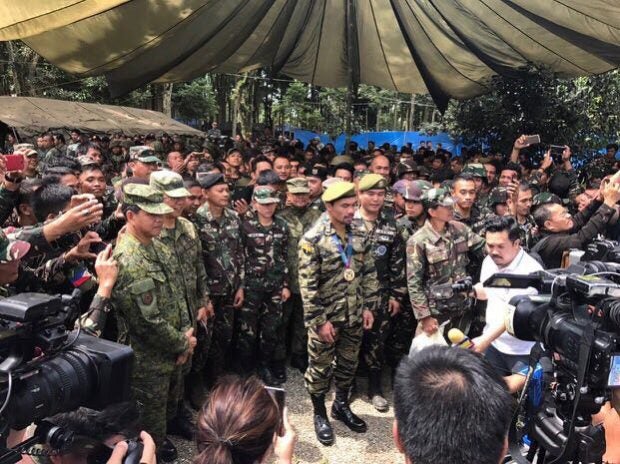