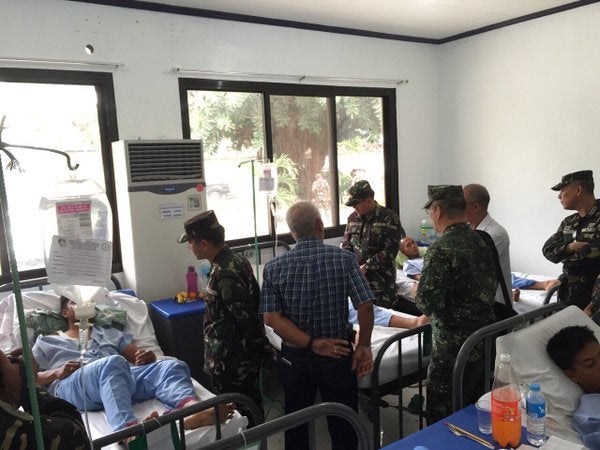 The Armed Forces of the Philippines (AFP) sent its congratulations to boxing champion Manny Pacquiao who triumphed over Timothy Bradley Jr. in a unanimous decision in Las Vegas on Sunday (Manila time), a day after government forces suffered heavy casualties in an intense firefight with the Abu Sayyaf in Basilan.

“We were in Mindanao when Ltc. Manny Pacquiao’s victory was passed on to us. It was a most welcome news, a consolation and a source of comfort for many of our battle-hardened warriors,” AFP spokesperson Brig. Gen. Restituto Padilla said in a statement on Sunday.

A Pacquiao bout is usually treated like a holiday for government troops. Free live viewing is usually set up at military camps across the country. The boxing champion Pacquiao is an Army reserve with a rank of lieutenant colonel.

At least 18 were killed and 53 were wounded on the government side after a daylong gunbattle with up to 150 members of the Abu Sayyaf led by Isnilon Hapilon and Furuji Indama in Tipo-Tipo on Saturday.

Security forces are conducting pursuit operations as of posting time.

“Just like Manny, our warriors’ determination and tenacity in seeking the enemy and prevailing over the forces of evil are clearly manifested in their undeterred operations against the enemy of the state,” Padilla said.IDL