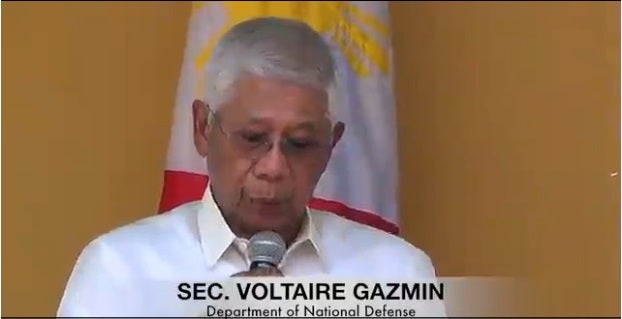 Defense Secretary Voltaire Gazmin and Armed Forces of the Philippines chief Gen. Hernando Iriberri will fly to Zamboanga City and Basilan province on Sunday amid reports of heavy casualties on the government side following the daylong gun battle with the Abu Sayyaf militants that reportedly killed at least 18 soldiers and injured 52.

After the Western Mindanao Command’s report of 22 soldiers injured earlier in the day, no official statement has been released about the clashes.

READ: 22 soldiers hurt in clash with Abu Sayyaf in Basilan

The firefight on Saturday happened a day after the release of the Abu Sayyaf’s Italian hostage, former missionary Rolando del Torchio, who was found aboard a ferry in Jolo bound for Zamboanga City.

The Abu Sayyaf in Basilan is led by Isnilon Hapilon, one of the group’s most senior leaders who pledged allegiance to the Islamic State and has been blamed to several terrorist attacks and high-profile kidnappings.

He is one of the most wanted terrorists listed in the US Federal Bureau of Investigation with up $5 million bounty for his capture. TVJ