Victim Julito Orillaneda of dxJB FM is 6th radioman to be attacked in Surigao Sur since 2009
By: Chris V. Panganiban - @inquirerdotnet
Inquirer Mindanao / 06:31 AM July 28, 2017 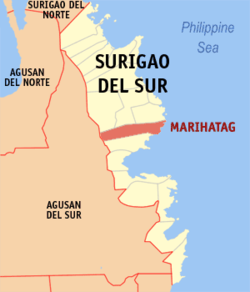 SAN FRANCISCO, Agusan del Sur — A commentator of a community radio station in Marihatag town in Surigao del Sur is in critical condition after he was shot several times on Wednesday night by still unknown assailants.

A police report said Julito Orillaneda, 35, owner and operator of the dxJB FM, was about to disembark from a tricycle when the gunman on a motorcycle shot him several times, hitting him in the head, neck, face and right arm.

Orillaneda was rushed to the nearby Marihatag District Hospital, but later referred to a Butuan City hospital for further treatment.

Judith Suarez, station manager of Sure FM in Tandag City, said the victim remained conscious, as of Thursday, even with the multiple gunshot wounds that he sustained.

His colleagues in the local broadcast community said Orillaneda has been a hard-hitting radio commentator and staunch critic of Marihatag Mayor Raul Cubil.

Orillaneda was the sixth radio commentator attacked by gunmen in Surigao del Sur since 2009. Four of the broadcasters were killed.

Among the victims were Godofredo Linao Jr., who was killed in Barobo town in July 27, 2009; Datu Roy Quijada Gallego in October 14, 2011 in Lianga town; Michael Milo in December 8, 2013 in Tandag City; Apolonio Suan, a provincial board member who hosted a radio program over Real FM in Bislig, who was shot on board his van in July 14, 2016; and Joe Climaco, host of a local TV program that was linked to radio stations, who was killed in August 25, 2016.  SFM