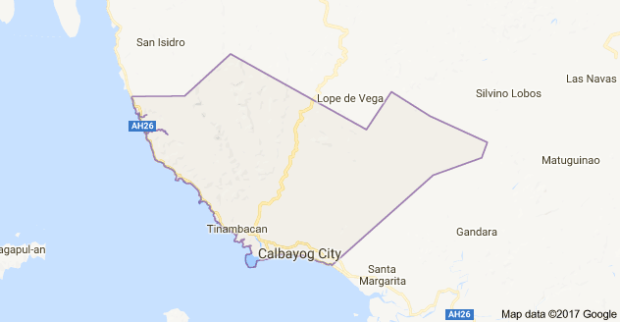 CALBAYOG CITY — A court employee and another civilian were killed while a policeman was wounded in an ambush in Barangay Carayman here on Monday.

The police identified the fatalities as Reynaldo Daguman, 48, the clerk of court of the Municipal Circuit Trial Court in Sta. Margarita town, Samar, and Randy Ramos , 32, a resident of Barangay Poblacion 1,
San Jorge town, Samar.

Wounded was SPO3 Joel Calagos who was hit in the left leg and both shoulders, said Supt. Mateo Macale, Calbayog police chief.

Police are investigating to identify the perpetrators and determine the motives of the shooting.

Calagos, a member of the Regional Drug Enforcement Unit (RDEU), was driving the motorcycle boarded by Daguman.

Ramos was riding the motorcycle driven by PO3 Constancio Ramos of Calbayog police.

The two motorcycles were heading to Calbayog City when two men on board a motorcycle drove toward them.

PO3 Ramos was able to fire back at the perpetrators who then drove away.  SFM