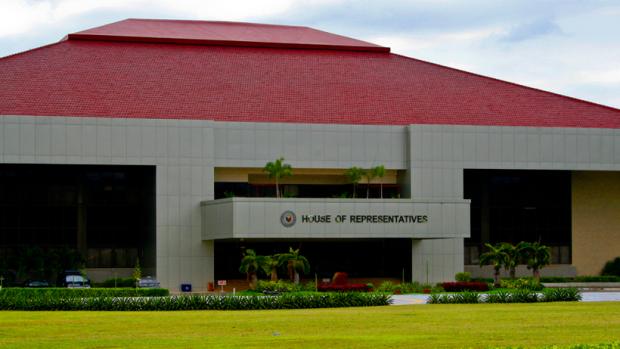 Facade of the House of Representatives (Phot from the Congress website)

The House of Representatives will transfer the so-called Ilocos Six, who are detained for contempt, to a place outside the Batasan Pambansa complex, according to information received by the camp of Ilocos Norte Gov. Imee Marcos.

They have been detained at the Batasan Pambansa complex since May 29 after being cited for contempt for not answering questions during an inquiry into suspected anomalous transactions involving tobacco excise funds.

Earlier, they filed a petition for habeas corpus before the Court of Appeals, which ordered their immediate release.

The House refused, however, to recognize the court order and threatened to also cite three of its justices for contempt and order their detention.

The Ilocos Six, together with Governor Marcos, also filed a petition at the Supreme |Court for a writ of amparo and asked it to assume jurisdiction of the habeas corpus case now pending at the Court of Appeals.

The petition for a writ of amparo is a remedy available to any person whose right to life, liberty, and security has been violated or threatened to be violated by an unlawful act or omission of a public official or employee, or of a private individual or entity. The writ covers extralegal killings and enforced disappearances or threats thereof.

Lawyer Vicentito Lazo, one of the counsels of Marcos and the Ilocos Six, said the Supreme Court should not to allow itself be bullied by House members.

“Under the rules of the Supreme Court, the writ of amparo should be issued immediately if, upon its face, there is a ground for its issuance,” Lazo said. “Unfortunately, the justice in charge and two others have inhibited from the case, so no action has been taken on our petition.”

“But where else would aggrieved Filipinos turn to if not the Supreme Court as the bastion of people’s rights and defender of the rule of law?” he added. “My clients worry that, with this delay, they will continue to languish in detention. Where else can they get relief? Their right to liberty has already been trampled upon. Our prayer is for the Supreme Court to issue the writ of amparo immediately.”

Aside from a writ of amparo, the six detained Ilocos Norte officials also asked the high court to stop the House inquiry into the purchase of P66.45 million worth of motor vehicles using funds from tobacco excise taxes.

Deliberation on the case was delayed Tuesday after Associate Justice Diosdado Peralta, who was in charge of the case, recused himself for being related to one of the respondents, Ilocos Norte Rep. Rodolfo Fariñas, who is the House majority leader.

Last month, Sereno and Reyes issued a joint statement calling on the House to recall its show cause order against the three CA associate justices.

“We are hoping that whoever gets our petition, the case will already move forward,” Lazo said.

Deliberations on the case have been moved to July 25, the high court’s next en banc session. /atm