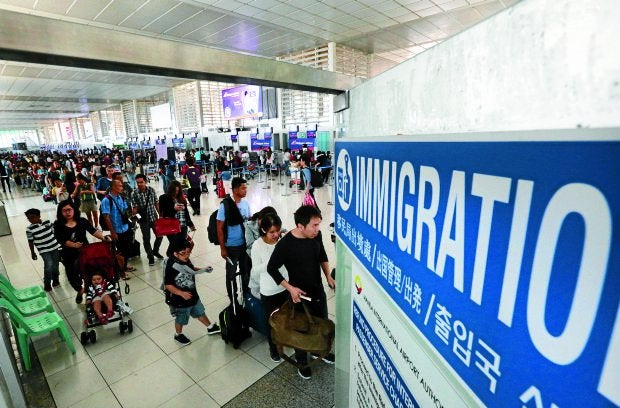 The Bureau of Immigration hired 70 new immigration officers in an effort to cut long queues at the airport as preparation for the incoming travel peak season.

“Before the year ends, we expect to hire hundreds more immigration officers who will be deployed at the Naia and other international airports throughout the country,” Morente said.

This influx of new officers is seen as a tactical move in preparation for the period between November and April which is considered as the peak season for tourists. Foreign tourists prefer to travel during this period in order to escape their country’s harsh weather.

Morente added that an additional 70 personnel were hired and will undergo their training within this week.

The new manpower consists of applicants from Metro Manila, Cebu, and Davao. Most of them are “old timers,” which are former contractual employees within the BI ranks who were finally given permanent employment.

“This time we made sure that these old-timers, who for so long had persevered in their work as contractual employees, are finally rewarded for their services by including them in our roster of permanent employees,” Morente said. Ma. Daphne Crystal Umali, INQUIRER.net trainee/JE