No letup in barbs hurled at LTFRB as commuters rally behind Uber, Grab 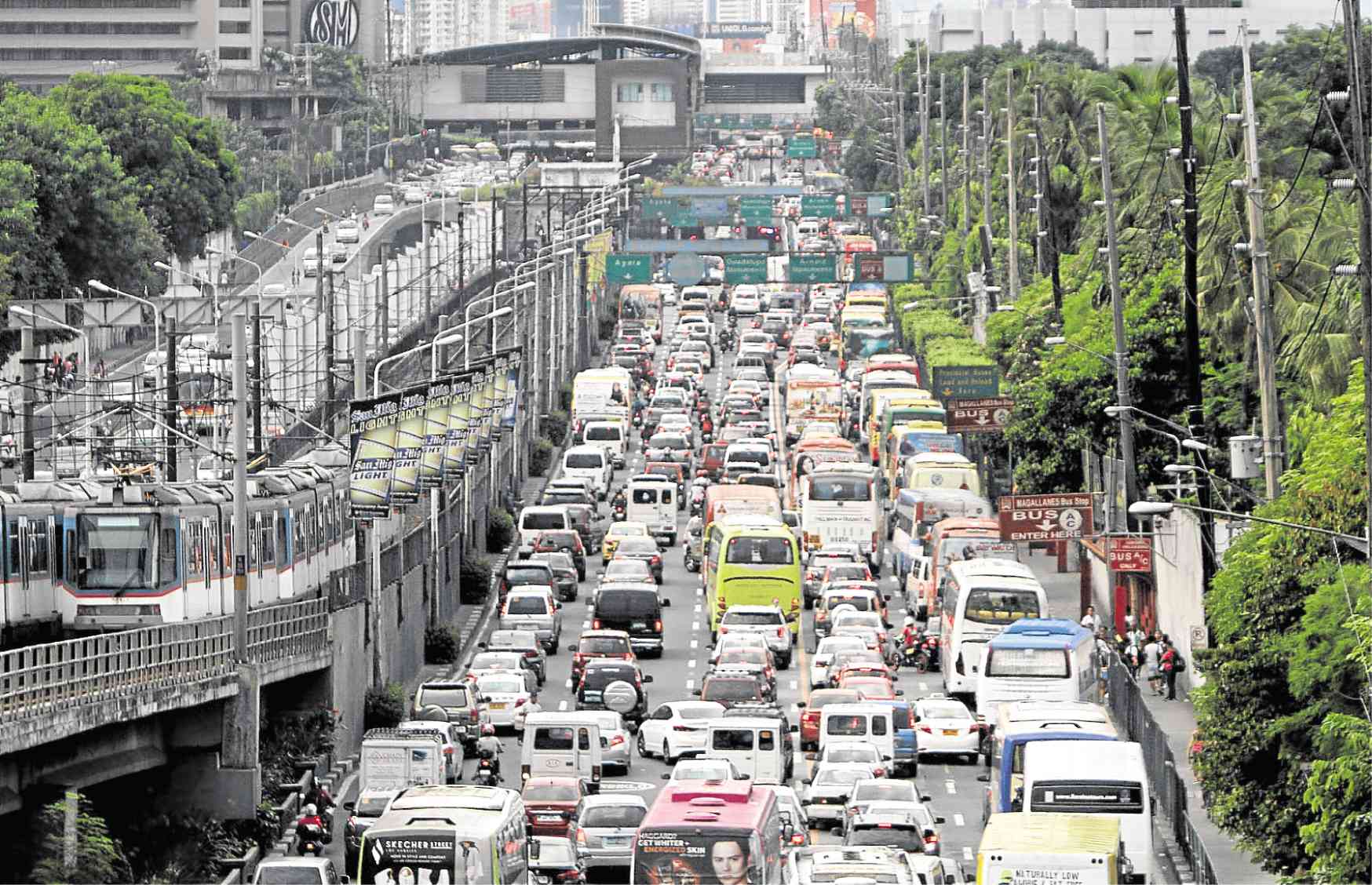 It seems the tiff between TNCs and the LTFRB has become almost as messy as the traffic both sides propose to resolve. (File photo by RICHARD A. REYES / Philippine Daily Inquirer)

On Tuesday, angry commuters kept hurling barbs, via social media, at the Land Transportation Franchising and Regulatory Board (LTFRB) as July 26 drew nearer. That’s the date when the LTFRB starts cracking down on Grab and Uber drivers who still don’t have the franchise to operate.

A day before, memes started circulating on Facebook and Twitter against the LTFRB – notably, one called “Joke of the Day” which showed the pictures of LTFRB chairman Martin Delgra III and board member Aileen Lizada. Superimposed on the pictures were the words: “Kailangan higpitan ang Uber at Grab upang maging safe sila ng ibang sasakyang may prangkisa tulad ng mga taxi, bus at jeepney – LTFRB”).

In a flash, commuters rallied behind the two transportation network vehicle services (TNVS), which saw a surge in popularity in recent months because their drivers were relatively more professional and their vehicles newer and better maintained than their regular counterparts.

Sen. J.V. Ejercito echoed the commuters’ concern in a statement: “In the first place, LTFRB has to put in mind why these TNVS are thriving. Ngayong may maayos naman na serbisyo na inoffer sa publiko, pipigilan naman ng LTFRB! (Now that there is a better service being offered to the public, the LTFRB is now stopping it).”

Some commuters were worried that a shortage of Grab and Uber units would force them to again endure the inconveniences of other modes of public transport – jeepneys, buses, and the glitch-prone LRT and MRT.

Puwersa ng Bayaning Atleta (PBA) Rep. Jericho Nograles urged the LTFRB to do something about so-called colorum vehicles first, saying: “While it is correct that the LTFRB cannot allow unregistered drivers and operators, which is the issue being raised in the case of Uber and Grab, it should not also turn a blind eye on the fact that a huge number of people find it safer and more convenient to use these transport network services, rather than take a taxi driven by rude cabbies.”

Some commuters insinuated that the LTFRB might have a vested interest in delaying the processing of papers for the transportation network companies (TNCs) and their drivers.

Even Sen. Grace Poe, who chairs the Senate Committee on Public Services, wondered whether the processing delay was intentional.

“Uber and Grab invited individuals to apply as drivers,” she said in a statement. “These individuals were accepted by these companies, and consequently, invested time and money in this endeavor. They have already been driving for several months, with the understanding that they will be given a certificate of public convenience (CPC). Paano ngayon sila? Sino ang mananagot diyan? Was the LTFRB’s inaction on their applications intentional?”

On the other hand, the LTFRB blamed the TNCs and drivers for not complying with its requirements.

In a news briefing in Malacañang on Tuesday, Transportation Secretary Arthur Tugade has sharp words for the TNCs: “Pwede ba, mag-rehistro naman kayo? What makes you so different with the other public utility vehicles? Just because you are a TNC, hindi ka na mag-re-rehistro? Hindi naman yata tama ’yan. ‘Yun lang ho ang hinihingi namin.”

A day earlier, Lizada insisted on putting the blame for the mess on the TNCs, saying: “The board gave both TNCs the opportunity to comply [with our order] to show good faith. In the event that they refuse or fail to comply, then enforcement is in order. The board will not be influenced nor will it succumb to pressure.”

On Tuesday, Sen. Sonny Angara issued a statement urging the LTFRB and TNCs to quickly iron out their differences: “We are concerned with the ongoing issue between the Land Transportation Franchising and Regulatory Board (LTFRB) and ride-sharing companies Grab and Uber. I hope that both parties would come up with a compromise pact at the soonest time possible.”

“But this is not to say that anyone is exempted from following existing rules and regulations,” he added. “That is why for the sake of the riding public, I call on both parties to sit down and resolve the matter ASAP.” /atm