President Rodrigo Duterte on Tuesday handed over 3,000 pistols to the Armed Forces of the Philippines (AFP).

Duterte turned over the 3,000 units of caliber .45 to AFP Chief Gen. Eduardo Año in a ceremony in Malacañang.

In a press release, Malacañang said the pistol acquisition project was undertaken by the Procurement Service of the Department of Budget and Management  under a negotiated procurement mode with ARMSCOR Global Defense, Inc. 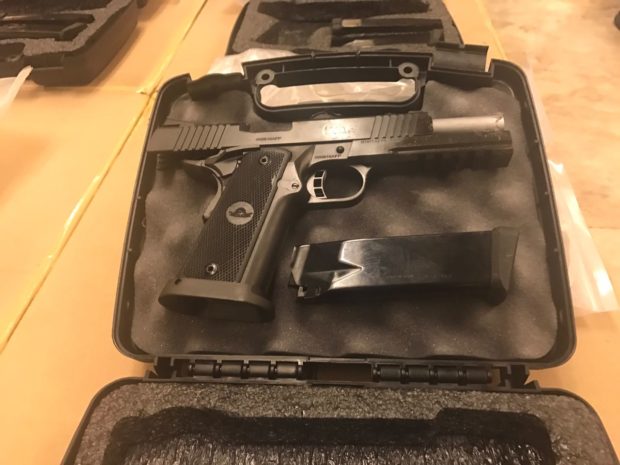 One of the 3,000 pistols handed over to the Armed Forces of the Philippines by President Duterte during a turnover ceremony in Malacañang. NESTOR CORRALES/INQUIRER.net

Duterte has said in his previous speeches in various military camps that he would provide pistols to the 120,000 soldiers of the AFP.

He said he wanted the uniformed personnel of the AFP to have pistols aside from their service firearms in fulfilling their duty to secure the country from lawless elements. JE/rga