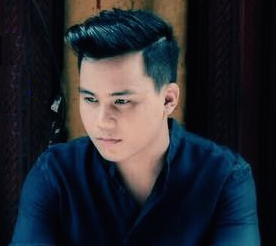 CEBU CITY— The grand champion of a television show singing contest is facing charges for allegedly raping a 19-year-old girl last Saturday, hours before he guested in a concert that top-billed comedian Vice Ganda in this city.

Noven Belleza, a resident of Negros Occidental, was arrested last Saturday (July 15, not Sunday, July 16, as previously reported) here after performing in Vice Ganda’s comedy concert held at the IEC Pavillon and after being identified by the victim.

A complaint of rape was filed against Belleza on Monday (July 17). During the inquest proceeding, the suspect was brought to a hospital after he complained of chest pains.

Belleza, a son of a farmer from Negros Occidental, was the first grand champion of Tawag ng Tanghalan, a segment of the daily noontime show, Showtime,  aired over ABS-CBN.

PO1 Ma. Theresa Talisic of the Women and Children’s Protection Desk said the victim alleged that she was raped around 2 p.m. last Saturday (July 15) inside a condominium unit in Barangay Lahug, where Belleza was staying.

The victim also claimed that the suspect hurt her when she tried to stop him from molesting her.  SFM/rga