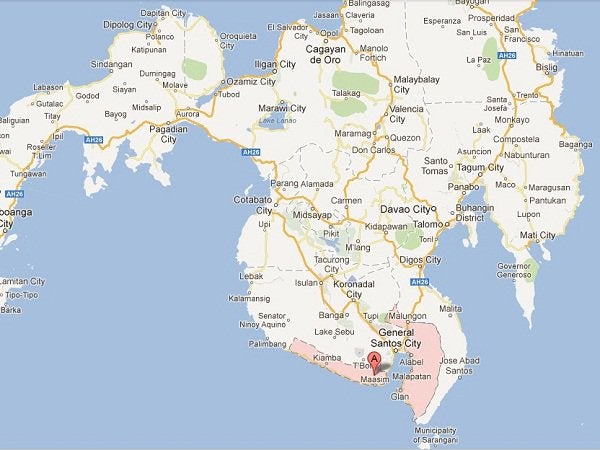 MANILA — Besides the pursuit of lasting peace in Mindanao, the World Bank sees initiatives supporting the agriculture sector as well as human development to create more jobs in the island.

In a report titled “Philippines Mindanao Jobs Report: A Strategy for Mindanao Regional Development” published in June, the World Bank said that in general, “economic progress in the Philippines will depend on the success of development in Mindanao.”

“Unless there is development in Mindanao, it is hard to see how the Philippines can achieve sustained and inclusive growth,” the World Bank said.

However, in recent years, the World Bank noted that agricultural productivity in Mindanao regressed, resulting in the underdevelopment of the manufacturing and services sectors.

“Agriculture is not very productive except for a few export crops, manufacturing is constrained by inadequate infrastructure, and the low-productivity, low-skill services sector has become the catch basin for excess agriculture workers who cannot find jobs in cities. Lack of competition in key sectors, insecure property rights, complex regulations, and severe underinvestment in infrastructure, education, and health—all exacerbated by the deficient institutions—have led to this anomalous growth pattern, which has left the majority of the Mindanawons without good jobs and has led to the emigration of many talented people. In addition, conflict arising from land disputes deters investment and job creation,” the World Bank said.

It also does not help that the island is suffering from decades of armed conflict, although, as a whole, a “narrow growth strategy” has afflicted the island, according to the World Bank.

“Economic growth is necessary but not sufficient for good job creation and poverty reduction. What also matters is how broad-based and pro-poor the growth is. Unlike Luzon and the Visayas, which had a more diversified, innovative, and labor-intensive economic structure, Mindanao’s economy was driven by plantation crops, forestry, mining, and heavy manufacturing to support an import substitution regime. Because these sectors were capital-intensive, involved little local processing, and reinvested little profit locally, they had low local multiplier effects. While they contributed to Mindanao’s high GDP [gross domestic product] per capita in earlier years, they created few jobs and hence did little to reduce poverty. In addition, trade and industrial protection policies taxed agriculture heavily. Thus, Mindanao’s growth path failed to build on the main comparative advantage: agriculture based on smallholders,” the World Bank said.

“Ultimately, this narrow growth model could not be sustained and contributed to conflict as wealth and power were concentrated in the hands of a small elite group. This drove economic and social injustice, the core cause of violent conflict in Mindanao,” the World Bank added.

With a jobs challenge in Mindanao described by the World Bank as “daunting,” the multilateral lender recommended the pursuit of sustainable peace and development in the region, coupled with job creation.

“Resolving conflict in Mindanao rests on addressing the causes of conflict and providing jobs and economic opportunities as alternatives to violence,” the World Bank said.

Specifically, the World Bank recommended three main components to a comprehensive strategy aimed at unlocking Mindanao’s potential, as follows: addressing drivers of conflict and fragility and build up institutions in the Autonomous Region in Muslim Mindanao and conflict-affected areas; boosting human development; as well as raising agricultural productivity and improving farm-to-market connectivity.

The World Bank’s key policy recommendations also include the following: building up logistics and transport connectivity by improving road networks and the efficiency of shipping services to reduce trade costs; increasing agricultural productivity by improving extension and irrigation services, along with price reforms to realize Mindanao’s agriculture potential; improving the supply of reliable power and the speed, affordability, and quality of information and communications technology services by fostering competition; as well as supporting private investment by addressing the growing skills gap, the high regulatory burden for businesses, and by improving financial inclusion and the governance of land.

The World Bank nonetheless admitted that “job creation will not be enough” to resolve the decades-old fighting in Mindanao.

“Where the cause of conflict is not economic, such as the struggle for identity or self-rule, economic measures will not be enough to resolve the conflict. In Mindanao, peace and development will hinge on the success of a political solution that addresses the causes of violence—injustice, weak governance, land dispossession, discrimination, and sociocultural marginalization. However, there are economic dimensions to conflict: some people who feel left out of the economy turn to armed groups for both livelihood and social status.  Accordingly, inclusive job creation can lay the foundations for peace by providing equitable access to economic opportunity for all, including people in remote, conflict-affected communities,” the World Bank said.  SFM