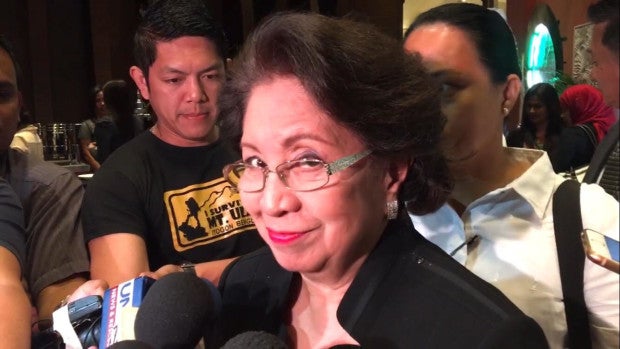 MANILA — Ombudsman Conchita Carpio Morales was only “amused by so much ado about something she did not say.”

This was in response to President Duterte’s challenge for her to point to a law barring him from threatening to kill criminals.

In a terse statement on Monday, the Office of the Ombudsman saw the need to correct his misimpression on Morales’ view of his threats.

“She did not say anything about any law against threatening criminals. The president should review what she said first,” the Ombudsman said.

Besides saying Morales “stands by” her remarks in an interview with NHK World aired Thursday night, the statement noted that “the Ombudsman does not find it necessary to say anything more.”

It may be recalled that in her NHK World interview, Morales said Duterte was “goading people to kill people.”

“The directive to kill people under any situation irrespective of the context to me, that’s not acceptable,” she said on Thursday.

Although Morales’ remarks this time were scathing, she acknowledged during the Meet the Inquirer Multimedia forum in December that “it’s not illegal to say I will kill you.”  SFM 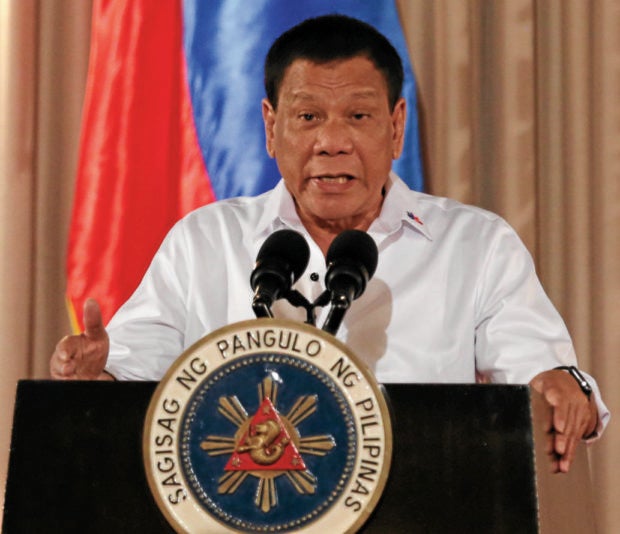 President Rodrigo Duterte during the mass oathtaking of presidential appointees and officers of various organizations at Malacanang on July 17, 2017. (PHOTO BY JOAN BONDOC / INQUIRER)