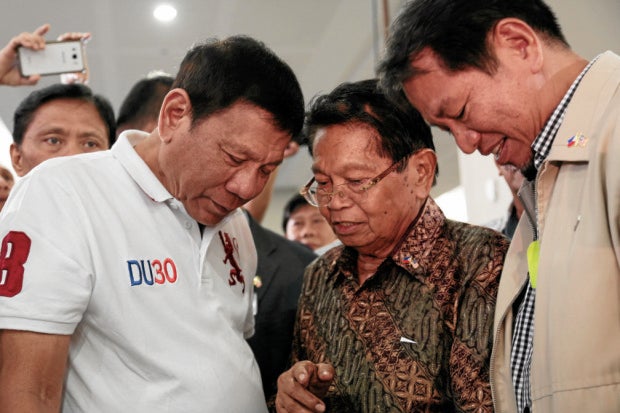 On Monday, the Bangsamoro Transition Commission (BTC) hands over its draft BBL to the President, who in turn, is expected to endorse it to the Senate and the House of Representatives.

In a speech before Marawi evacuees in Iligan City three weeks ago, Mr. Duterte promised to ask Congress to pass the proposed law so that the Bangsamoro region could be established soonest and become a template for the federalization of the whole country.

The current draft is the second one produced by the BTC. The first one was produced during the time of President Benigno Aquino III and was handed over to the 16th Congress in September 2014. The measure made it out of the respective Senate and House committees handling its initial deliberation but was never tackled in plenary.

The group is confident that with the President, House Speaker and Senate President all coming from Mindanao “(where) the problem is,” there is a “greater chance” for the BBL’s enactment into law.

The group has assured the public that the current BBL draft “is more inclusive both in process and content, because at least one-half of the MNLF (Moro National Liberation Front) is already on board.”

Meanwhile, some 70 leaders from various sectors in Mindanao emphasized that the “earnest push forward” with the Bangsamoro peace process has provided “a strong foundation” for rebuilding Marawi City which has been besieged by Islamic State-linked militants since May 23.

The leaders, who were convened by the Bishops-Ulama Conference (BUC) here last week, particularly cited the enactment of the proposed BBL as signifying seriousness in implementing government’s peace agreements with Moro revolutionary groups.

That, in turn, has served as a counterpoint to the arguments of Islamic militants against the Bangsamoro peace process, the conference participants said.

“The longer the conflict protracts, the better chance for the violent extremists like the Maute and Abu Sayyaf groups to recruit and strengthen, because they feast on our failures.”  SFM