Guard among men linked to slays until probe ends 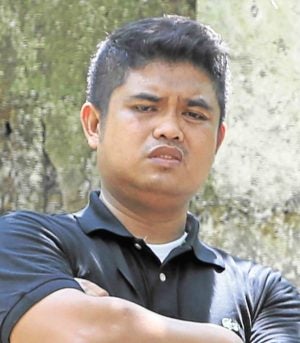 CITY OF MALOLOS — The bank security guard, whose wife, children and mother-in-law were killed in their home in the City of San Jose del Monte on June 27, used to be a “person of interest” in the crime, the police said on Tuesday.

But this was only a matter of procedure because Dexter Carlos Sr. was the first person at the crime scene, said Supt. Fitz Macariola, San Jose del Monte police chief.

Carlos called the police after discovering the bodies of his family in their house at the North Ridge Royale Subdivision.

Macariola said Carlos’ body language and testimonies provided by his co-workers made him the least likely suspect in the murders, although he would not be taken off the list until the police could conclud their investigation.

The National Bureau of Investigation is also conducting a parallel investigation of the massacre.

President Rodrigo Duterte had assured Carlos that he would get justice. The President, when he attended the family wake on July 4, also gave Carlos a mobile telephone, encouraging him to call him should he need more help.

The police are now making sure the principal suspect, Carmelino Ibañez, is safe inside the city jail, Macariola said.

This was after the murder of three “persons of interest” who had been questioned by the police on the massacre. Two of them — Anthony Rose Garcia and Rolando Pacinos — were implicated by Ibañez, who had confessed to stabbing and killing Carlos’ wife Estrella, her mother Auring, and the three children, among them a one-year-old boy.

Garcia and Pacinos were not immediately arrested. But the body of Garcia was dumped on a roadside in San Miguel town on July 8 after his family reported he was abducted.

A fourth person of interest, Alvin Mabesa, has not been located by the police after he was released. —Carmela Reyes-Estrope