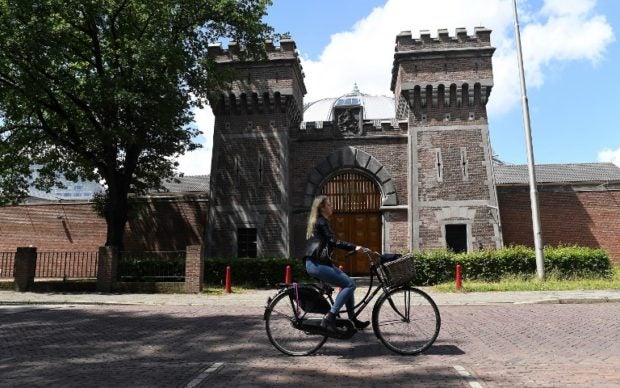 A woman cycles past the empty and shuttered Boschpoort Prison, a dome-shaped prison in Breda, The Netherlands. The penitentiary is being transformed into offices and an entertainment venue following a drop in incarcerations in Dutch prisons for the past 20 years. AFP

BREDA, Netherlands — Voices echo around the magnificent, luminous dome of Breda prison, breaking the silence of the 130-year-old building, now empty of inmates like dozens of others in The Netherlands.

Falling crime rates over the last decade, as well as changing ideas about punishing criminals have robbed this penitentiary of its original purpose, and its gates clanged shut in 2014.

Built in 1886, it was possible to watch everything happening in the prison from its central courtyard under the main dome — a classic example of the 18th century social theory of Panopticism on passive behavior when people are constantly observed, first mooted by the English philosopher Jeremy Bentham and later built upon by his French counterpart Michel Foucault.

Metal spiral staircases snake all around the dome down to the former canteen under the glass floor. Old sports areas are marked out on concrete, all are surrounded by cells stacked four storeys high, their now-rusted doors swinging open.

Unlike the previous occupants, some 90 businesses hold the keys to the building, free to come and go at will. 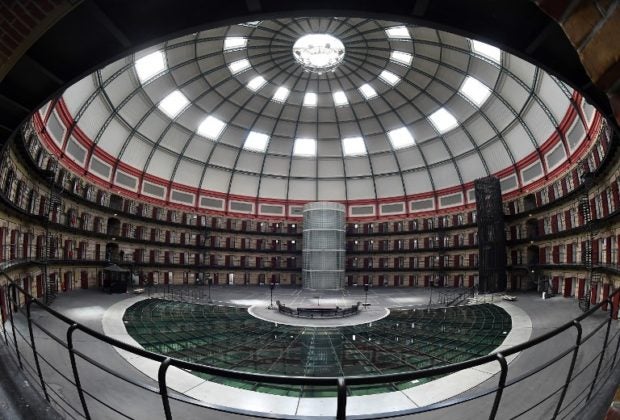 This photo taken on June 9, 2017, shows the inside of Boschpoort Prison, a dome-shaped prison in Breda, which is being transformed into offices and an entertainment venue following a drop in incarcerations in Dutch prisons for the past 20 years. AFP

‘A lot of history’

Miguel de Waard, co-founder of the 3D Red Panda VR start-up, is among those who believe they have found a perfect office location, helping give new life to a protected national monument.

“We just instantly fell in love with this particular office: the high ceiling, the nice touches and the big windows and the lighting,” de Waard told AFP.

“We don’t see bars, I think, when we look outside, we just see a beautiful part of Breda.”

But he acknowledged the past has cast long shadows. “Every time we enter the dome or the women’s prison, it’s pretty dark, that’s true. And there’s a lot of history and sometimes you can feel it as well,” he said.

“The first time we were here and we had the keys, we were, like, wandering around at night in the dark and it’s a pretty amazing experience.” 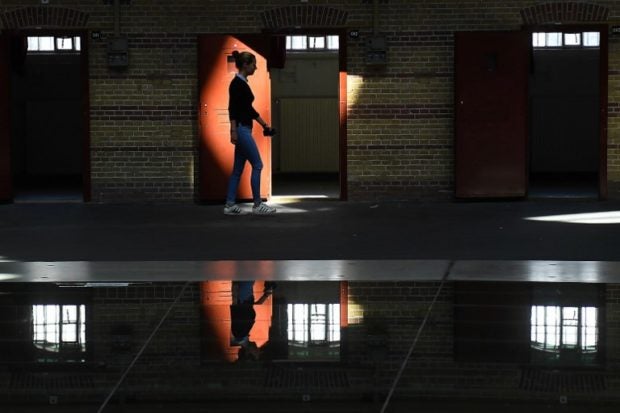 A woman walks past the empty cells of Boschpoort Prison, a dome-shaped prison in Breda, The Netherlands, on June 9, 2017. Authorities are transforming the prison into offices and an entertainment venue following a drop in incarcerations in Dutch prisons for the past 20 years. AFP

From cells to restaurants

There are now only 38 prisons still in operation in The Netherlands, with 27 closed since 2014.

Six were sold for about 20.7 million euros ($23 million), while others have been rented out, often as centers for asylum seekers, bringing in a total of around 18 million euros.

After leaping crime rates swelled Europe’s prison population in the 1990s, numbers in The Netherlands have dropped thanks, in part, to prevention programs and a greater focus on re-integration. 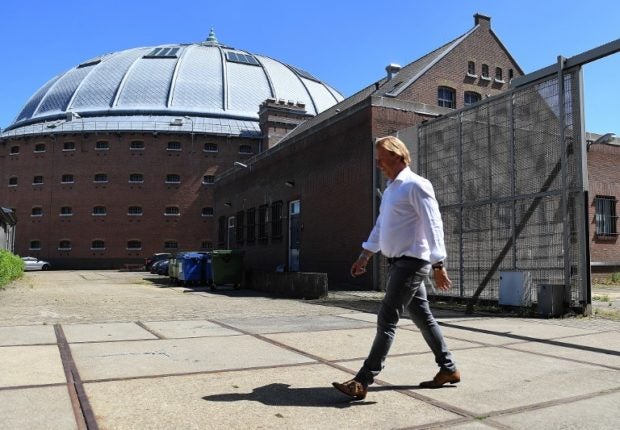 A man walks through the grounds of Boschpoort Prison, a dome-shaped prison in Breda, The Netherlands, on June 9, 2017. AFP

Crimes fell some 26 percent between 2007 and 2015, according to the official Central Statistics Bureau.

So the Dutch have sought to put their empty cells to good use.

A detention center in northern Veenhuizen has been rented out — guards included — to Norway to house its own inmates. A former women’s jail in northeastern Zwolle is now an award-winning restaurant.

With a 60-million-euro price tag, a penitentiary in Amsterdam Overamstel is to be transformed into a new residential district with thousands of homes. And a centre in Haarlem, bought by the local municipality for 6.4 million euros, will open its doors in 2019 as a university college.

“That was our biggest challenge: to open the prison again,” said Mandy Jak, communications and marketing advisor for the VPS association.

But interest has been huge, with some 300 people swiftly signing up to move in.

“It actually feels like not a prison any more. If you look around, it looks like a prison of course, but with all those start-ups, it’s got new energy,” she added.

However, one summer evening new “inmates” were spotted, as about 350 people were once again locked in, taking part in perhaps the ultimate “Prison Escape” adult adventure game that have become popular in many countries. Barricaded into the cells, participants have to plot an escape over three hours with the help of some 80 actors.

But once rid of these thrill-seekers, the building again sank into silence. Until the next business day. CBB/rga