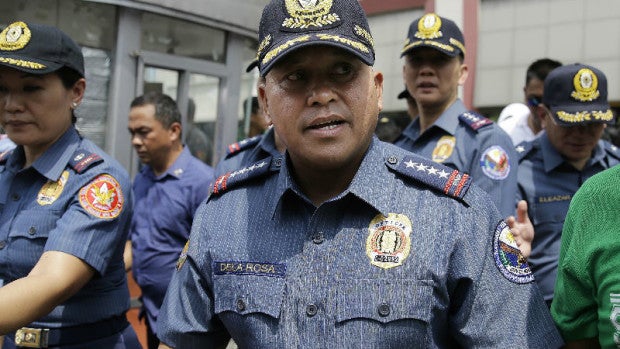 Dela Rosa said the DNA sampling activity would help the police identify cadavers, which had been been retrieved and remained unidentified, and those that would be retrieved in the coming days.

The military has estimated 400 bodies strewn in various parts of the city. Some of them were civilians while most belonged to Maute gunmen and their allies.

Out of this number, only 38 have been recovered so far. Nine bodies have since been properly identified by relatives because they were still in identifiable condition.

Of the unidentified cadavers brought to a funeral parlor in Iligan City, 11 have been buried.

“Only 18 remain with us to this day,” Danilo Capin, the funeral parlor owner, told the Philippine Daily Inquirer.

Dela Rosa said retrieving the cadavers inside the war zone here has been difficult amid the fighting.

“We cannot just send our men inside with the continued fighting. We can’t endanger them,” he said.

Dela Rosa said the police also wanted to retrieve the bodies as soon as possible, including that of a police officer slain by the Maute group, but the current situation would still not permit such retrieval activities.

A physician-member of the SOCO said they have been gathering as many samples as they could from those with missing relatives.

The physician, who spoke on conditions of anonymity for not having been authorized to speak on the matter, said so far, they have only gathered a few samples.

“But we are expecting to gather more DNA samples as we identify more people, who have missing relatives,” he said.

Asked if the long exposure of the cadavers to the changing weather in the city would hinder the collection of DNA samples for comparison to DNA samples taken from individuals with missing relatives, the physician said they did not foresee such problem.

“If the skin and tissues have already been decayed, we can still get samples from the bone marrow and it would still be a perfect specimen,” he said.

But charred remains would pose problems in DNA sampling and identification, he said.

“You cannot get a reliable DNA sample from ashes,” the physician said.

He also said reports on stray animals feeding on some cadavers might also pose problems as animals, especially dogs, might have moved the bones around.

“So one bone might belong to the remains of the same person that we had already taken samples from. It would double our efforts because there would be sample duplication,” the physician added.

Unless the military gives the go signal for the start of the retrieval operation, the SOCO cannot start collecting and processing the cadavers here, according to Dela Rosa.  SFM