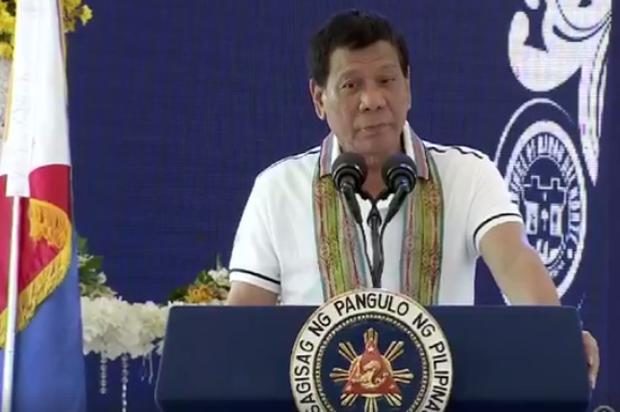 DAVAO CITY — President Duterte has assured the  public there is nothing to fear with the implementation of martial law in Mindanao even as he reiterated he would not allow abuses by security forces.

Mr. Duterte, during his visit to attend the 64th founding anniversary of the Hagonoy municipality in Davao del Sur, on Wednesday, said he was saddened that extreme measures had to be imposed under his administration following the violence committed by terrorists allied to the Islamic State of Syria and Iraq (ISIS) in Marawi City since May 23.

“But rest assured there will be no abuses in times like this. I will not allow it,” the President said

The Chief Executive said the fighting in Marawi, which has been going on for over a month now and has claimed over 400 lives, prompted him to declare martial rule in an effort to stamp out terrorism which he considered worse than the 48-year-old communist insurgency.

“Although the fighting is winding up, but maybe we need more time to really clean the place (of terrorists),” Duterte said.

“I am very sad that this incident had to happen in the time when I’m the President because I am the second President of this republic to declare martial law,” he added.

Technically speaking, Duterte is the third.  In November 2009, then president Gloria Macapagal-Arroyo placed the entire province of Maguindanao under martial law for several weeks following the massacre
of 58 people, mostly journalists, in Ampatuan town.

The late strongman Ferdinand Marcos imposed martial rule in the whole country from September 1972 to January 1981 to quell the simultaneous communist and Moro rebellions. Duterte could be considered the second president to declare martial law to quell a rebellion or terrorism, this time by the Maute Group and the Abu Sayyaf, covering many provinces or a large area such as Mindanao, the third of the three main island groups of the Philippines.

Mr. Duterte said the public could count on a professional military and police who “are well educated and well aware of their duty to the republic and to the Filipino people.”

Mr. Duterte also took a swipe anew at the communists as organized in the Communist Party of the Philippines, its armed wing the New People’s Army and its political wing, the National Democratic Front of the Philippines, describing the Maoist guerrillas as vacillating in their stand in negotiations with the Philippine government while continuing attacks against soldiers and police.

He said nothing beneficial would come out of the exchange of threats between the government and the insurgents.

“Every time I see a dead soldier, (or) a dead NPA it pains me because they are both Filipinos. And we are fighting an issue which is a matter of principle,” the President said. SFM