7 tourists rescued from capsized boat at sea off Northern Samar 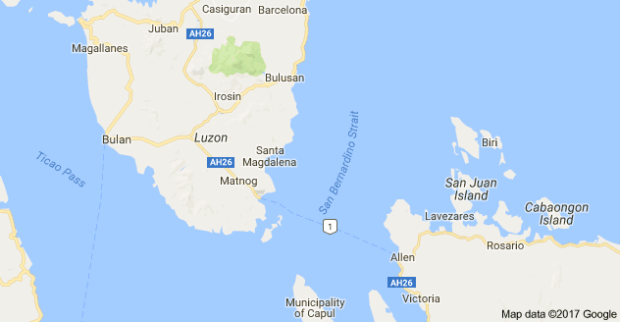 PALO, Leyte — Seven tourists have been rescued shortly after the motorized boat they were riding capsized along San Bernardino Strait that connects Samar Sea to the Philippine Sea.

The passengers were hanging on the floating motorboat when a rescue team from the Biri Municipal Police Station and a local rescue group came to pluck them out of the sea at past 5 p.m. on Tuesday (July 4)

They were brought to the Rural Health Center for medical checkup.

Initial police investigation showed the tourists were on board a motorboat named Dodot that came from the famous Biri Rock formations.

Cruising alongside Dodot was another motorboat named Repsol boarded by another set of tourists.

The two motorboats were heading back to Sorsogon when “Dodot” capsized due to strong current.

One passenger on board Repsol — Chresil Mateo – called Gerry Delos Reyes, a tour guide, to ask for help.

De los Reyes, the tour guide of the group during their visit in Biri, then reported the accident to the police, which immediately formed a rescue group.  SFM